When I first started looking for property, I didn’t know where it would be, just that I wanted to be here, somewhere, not far from my cousins and the old farmhouse. I didn’t want to live down this road, I knew that. (Hunh.) I’d been down this road many times, from the time I was a little girl, and not much has changed. This two and a half mile road isn’t paved, and it’s icy and barely passable in the winter (and certainly not without a 4WD). There is no mail service. No cell phone service. No school bus. No trash pickup. And, as I have since learned, no local television satellite service. People don’t much like visiting you here, either. I wanted to live somewhere around this road, close to it, just not on it.

Then I saw a listing for a farm on this road. And I couldn’t resist trying to figure out where that piece of property was. Even the real estate agent wasn’t sure. The fact that the sign had been knocked down didn’t help. And what I discovered was that this farm was all the way down this godforsaken road, hemmed in by three creek crossings in one direction and a river ford in the other, directly across the river from my great-grandfather’s old farm, across the road from our old family cemetery, and within a mile of the house where my father grew up and the old cabin where I had spent so many of my childhood summers. Not only that, but my grandmother had lived on this farm in one of the oil company worker houses that once lined the road and she had later taught in the church that doubled as a one-room school house that had once stood on this farm. My father attended that little community church all his life and went to school there to first grade, after which a new school was built across the river.

The property had been for sale for awhile, and next thing I knew, the owners of the property were making offers to me instead of the other way around. They were eager to sell, and I was eager to reclaim the 200 years of my family’s history here. My reasons for not buying property on this road fell away. (Of course, it wasn’t snowing then.)

Stringtown was once a real town with a church, a school, a store, a post office, a hotel, and even a brothel. Few residents remain and Stringtown is no longer a postal address. It’s real boonies territory, rock/dirt roads and a few scattered farmhouses. This 40 acres includes a nice meadow bottom large enough for a pasture and a barn (in my imagination), with a creek that winds along the bottom of the hillside. Halfway up that hill, we built our new farmhouse. We have enough flat (er, sloped) land around the house for a vegetable garden, chicken house, duck pond, and a goat enclosure. 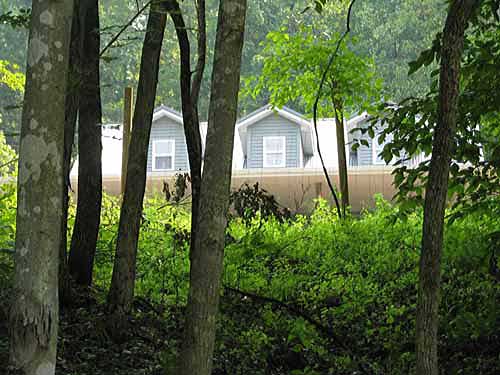 And we have spent a lot of time thinking about what to name our farm. The reporter who did the story on my blog for the Charleston Daily Mail referred to me during the interview as a modern-day back-to-the-lander. Back-to-the-land was a 70s social phenomenon of people moving from cities to rural areas seeking more self-sustainable lifestyles. (I had to look that up.) I actually think that is happening right now, that there is a new movement of back-to-the-landers, people who are ready to leave their iPhones behind and get some chickens. I know, at least, that I see the interest in it every day, in comments on my blog, in emails, and in the rise of homesteading communities on the internet. And maybe Stringtown will rise again.

And when it does, Coco will be your Mayor, your fearless leader, your girl with her finger on the nuclear button. She ran a vigorous campaign for this top spot, doling out Snausages to voters and, some claimed, accepting belly rubs from lobbyists. 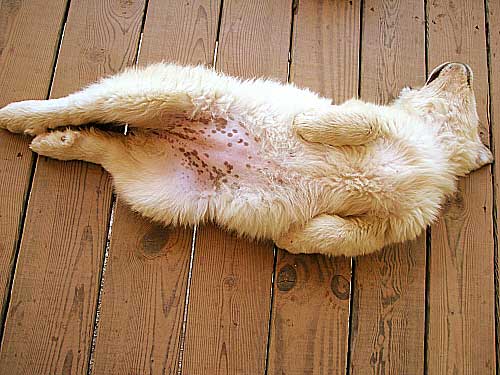 Clover will be your Minister of Hospitality, doing her udder best to assist you. “As long,” she stated in one interview, “as you do not try to touch my udder.” 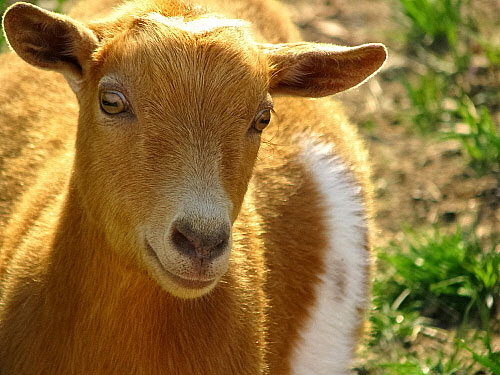 Dookie, long the detached observer of farm events, will be the Town Historian. He’s well-known already in literary circles for his Small Memoir of a Small Dog. “Coco got all the attention,” he wrote. “The End.” 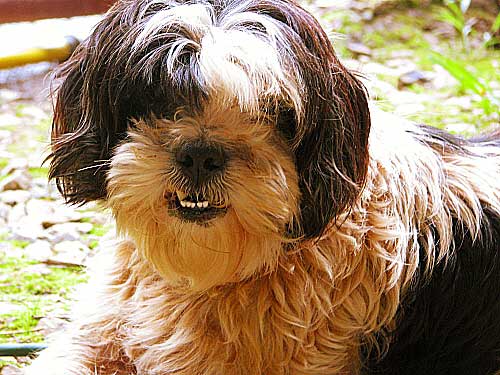 Spartacus of course, will be your Sheriff. (Prepare to die.) 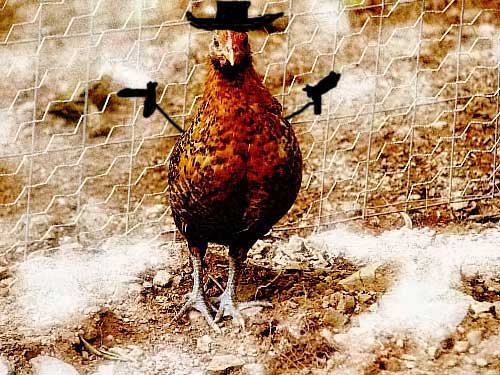 And so the name of our farm is Stringtown Rising Farm. I, along with Coco, Clover, Dookie, and Spartacus, await your arrival to populate our abandoned town and give us somebody to boss around.

We’ll leave the light on for you.

You know, if the power’s not out. (That happens a lot.)

P.S. Want a job in our new Stringtown? Everything else is available! First come, first served! Pick your job!