This was the big truck that was at my house last week. 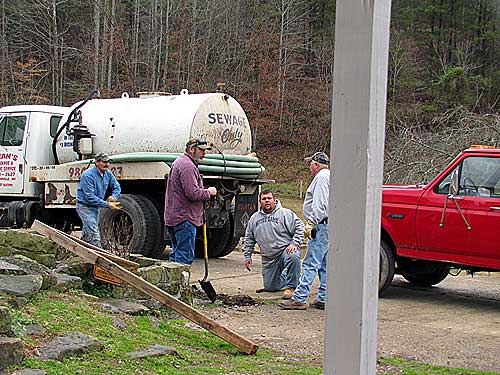 And the four men who were discussing whether or not they needed to blow up my driveway.

It all started when the downstairs bathroom in the house stopped working. Then the bathtub started backing up… Next it was the kitchen sink.

There are a lot of upsides to moving into an older home, but there are also some downsides, some of which are not covered by home inspections. (This home passed inspection with flying colors. But the inspection doesn’t cover more than a rudimentary look at the interior plumbing, and doesn’t cover issues hidden in exterior underground plumbing at all.)

I have now learned that the plumbing runs thusly: 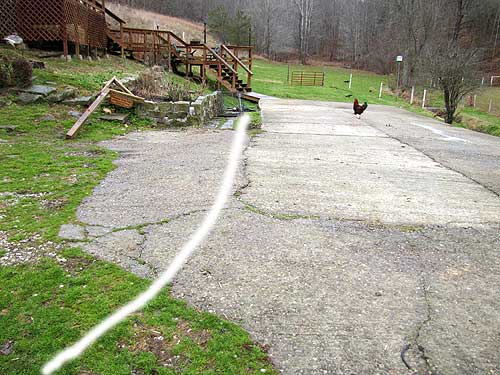 Under the concrete! Perfect! Or not. This house was built in the 1930s and indoor plumbing may have been an afterthought. The concrete on and around the driveway was certainly added later.

At least I now know where the gas line is that runs to the studio. 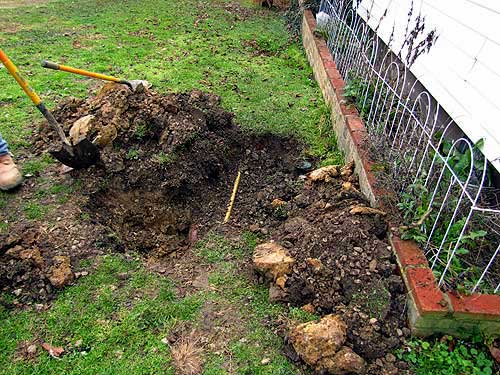 And at least they didn’t break it. They also managed to avoid busting into the electric line that runs to the barn, and they didn’t have to blow up any concrete, but I was sweating it. And a little bit stressed by Day 3 of the Great Plumbing Disaster of 2011. My kitchen was shut down, and the only place we could use the bathroom was in the studio, which late at night was a little like traipsing to an outhouse.

Me: “You’re not going to hit the electric line to the barn, are you?” For (maybe) the tenth time.

The chickens tried to help, but they didn’t know what to do, either. 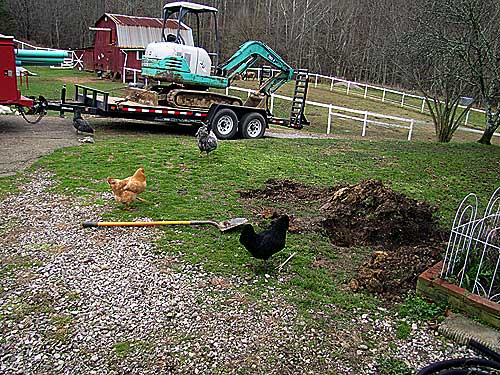 My cousin came over three days in a row–to supervise the project or make me shut up or something. 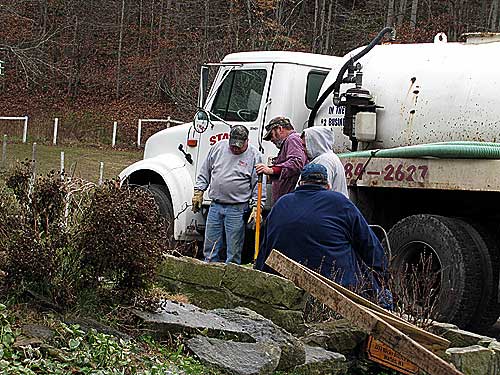 Eventually, they discovered two things. One, it appeared that at some time in the past, drywall buckets may have been washed out inside the house during some kind of renovations as hours of snaking, on and off, over days finally broke through what appeared to be drywall that had gradually packed and hardened in the line, eventually blocking it. 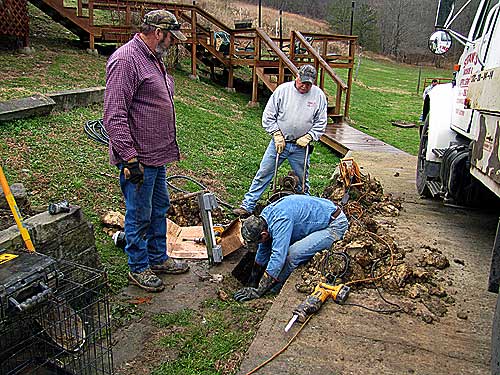 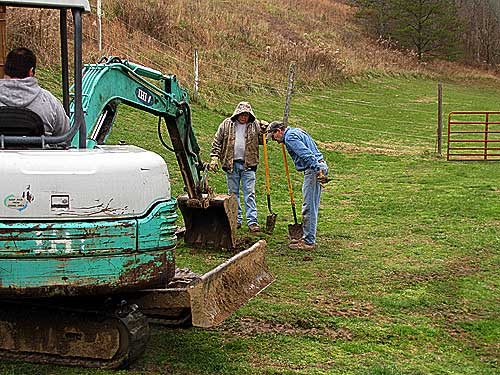 There was a cracked pipe leading to the septic tank. That wasn’t the main source of the current problem, but it wasn’t helping anything, either. They replaced it with new pipe. 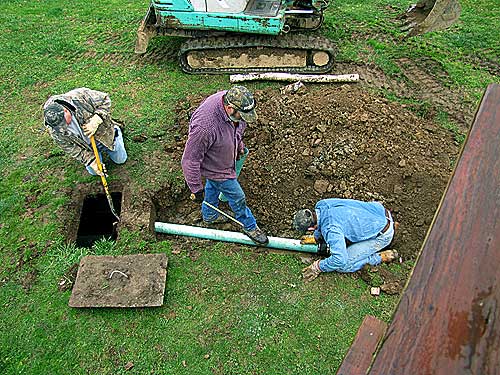 Since the backhoe was already here, the backhoe guys did some work at the troublesome clogged culvert, revealing a second pipe that had been completely covered. 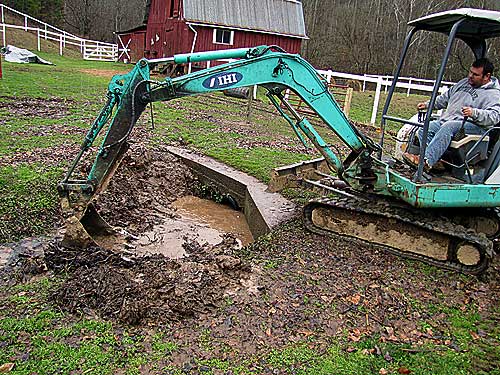 Then they yanked out a tree stump from the yard. 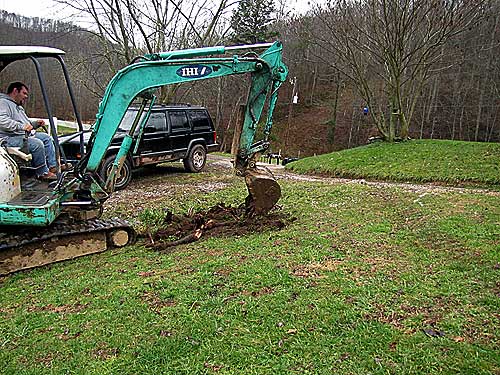 The plumbing contractor pumped the septic tank while they were at it, and I sent them all away with some home-canned pickles and jam and my first born child. The plumbing should be in good shape now! Which is more than I can say for my wallet after this housewarming fiasco.

Merry Christmas, kids, you can flush.