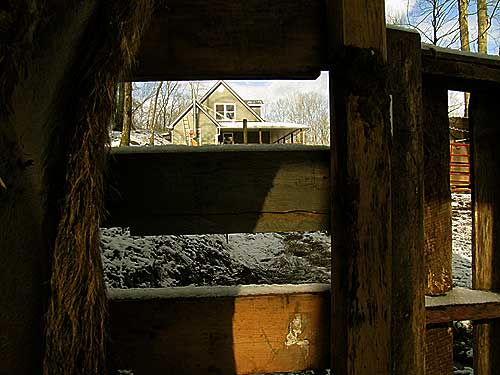 Recently, one of my readers here, Jennifer Sue Elkins, sent me a book called The Legend of Mammy Jane. (Subtitle: An uneducated girl becomes the lady of the manor in Appalachia.) The book was written by Sibyl Jarvis Pischke about her grandmother, Jane Jarvis, and is set in the pre-Civil War and Civil War period in what would eventually become West Virginia. Jane was a poor but resourceful girl who was working as a “hired girl” by the time she was ten. She was cute and a hard worker, and by the time she was 17, a widower with five children made her his wife.

I took the book with me to a basketball game, because you know I wasn’t watching that, and I needed something to do. The writing style of the book bugged me for several pages and I wasn’t sure if I would continue, even if watching basketball was my alternative. Especially in the beginning as the book leaps and bounds through Jane’s childhood, transitions are a bit abrupt. However. By the time I’d made it to about page nine, there was no way I was putting it down. I was completely captivated by Jane. I loved her, I hated her, I wanted her to come over and wash my floors. At her first job, taking care of a family during and following a “laying-in” (childbirth), she’s barely arrived before she’s fixing a complete dinner, cleaning everything in sight, and burying the afterbirth out back. And saying things like, “….a man wanted his supper as soon as he washed up.” And Jane doesn’t even say, “Well, you better get started on it, mister!”

After she marries and arrives at her new husband’s neglected home, by morning she’s got everything in the house in wash tubs, she’s scrubbing the kids in the creek, digging potatoes in the garden, milking the cow, and making new straw mattresses. And that’s just what she does before lunch. Not including the biscuits. She got all the kids that were old enough to help, too. Lots of kids/helpers is a plus, but Jane was an undeniable driving force.

The book is interesting for its detailed descriptions of customs and remedies and sayings of the time as well as for the amount of work a pioneer had to do every day to survive, but it’s the central figure of Jane, who can work like nobody’s business and is the epitome of perseverance, that carries the story. There’s no problem, not even war, that Jane can’t overcome by working harder.

I’m not sure if I fell in love with Jane, or if I just loved to hate her, but she was definitely fascinating. And there were pieces and parts of her life that resembled mine, too. I live on a farm! I don’t have enough money! I have a cow and a wood stove!!! Jane even lived in Calhoun County, which is just the next county over from here. I decided to act like Jane for a day. (Except for the part where she treats men as if they are masters of the universe.)

Jane bounds from bed in the wee hours and starts the day with breakfast. She gets the wood stove started. Gets the biscuits in the oven.

Yesterday, I woke at 6:10. We have to leave to meet the bus at 6:15. NO TIME FOR BISCUITS. I didn’t even check the wood stove. Got my boots on and got going. There was some hardship involved, though, so that kinda took the place of the biscuits. The driveway is muddy. And it had snowed. Again. We had to walk down the driveway in the dark to the car then drive across the river and out the frosty road to meet the bus. When I came home, I had to walk back up the muddy driveway. In the dark.

I think pre-dawn hiking in snow and ice beats biscuits any day. I decided to give myself a check. Or half a check. Jane probably could have hiked the icy driveway AND made biscuits.

My kids will have to eat breakfast at school.

Having started the day with an excuse, I figured I’d better work on improving. I got the wood stove going and started feeling my inner Jane. 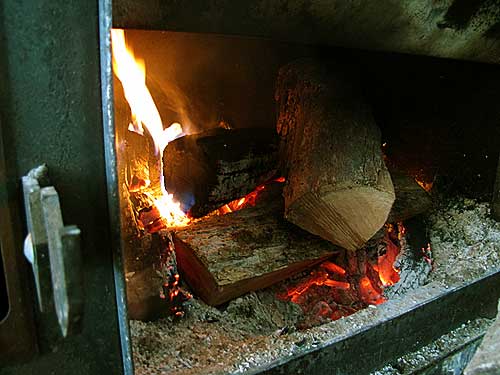 I started bread. Jane always makes biscuits before she goes out to milk. I’d already missed biscuit time so I made dilly bread, the recipe Jennifer sent me with the book. I got the bread started and in the bowl to rise. 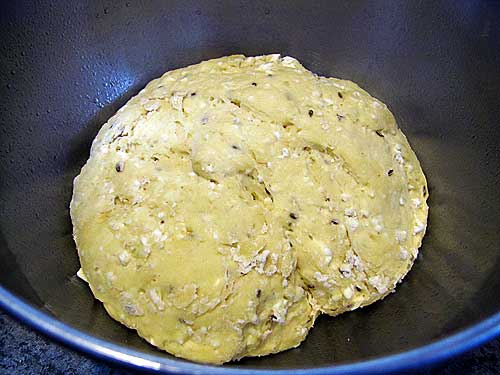 Out to feed the animals. Dogs, cats. Hay to the goats and donkeys and Glory Bee in the yard. 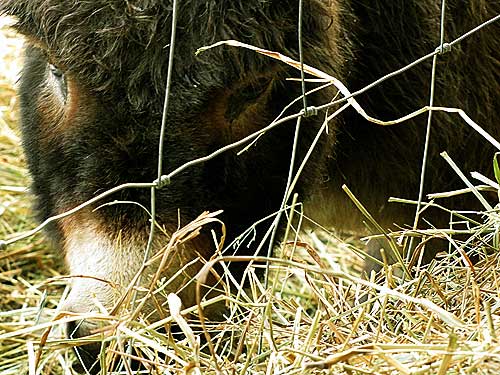 Hay and water to the mommies. It’s an extra chore these days to take care of the mommies separately in the goat house. 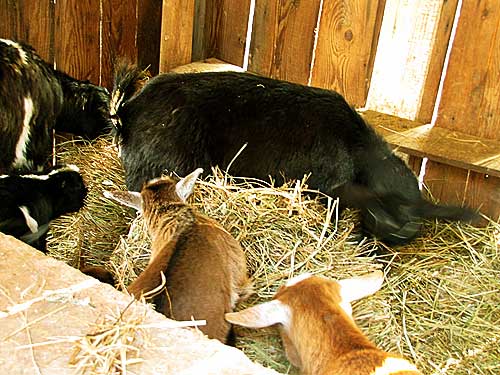 Feed to the chickens and ducks. Collect eggs. I find six. 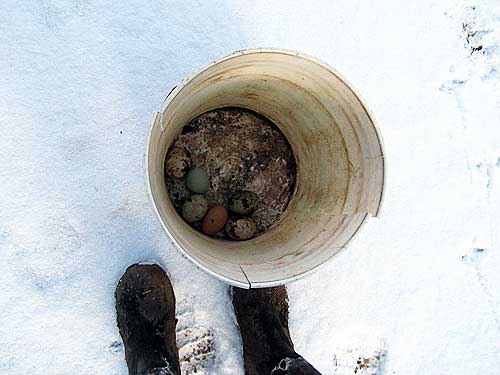 Jane wouldn’t put up with that. I tell the chickens Jane would put them in a frying pan. They don’t care. They know Jane’s not here.

BP is mooing angrily and impatiently. 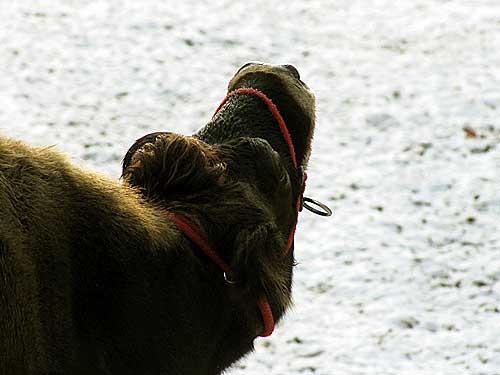 Jane’s cow is sweet and docile and stands still for milking without food. 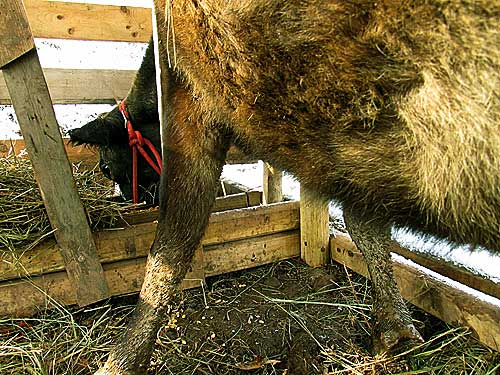 I don’t have Jane’s cow. I carry hay and feed to BP then milk her. 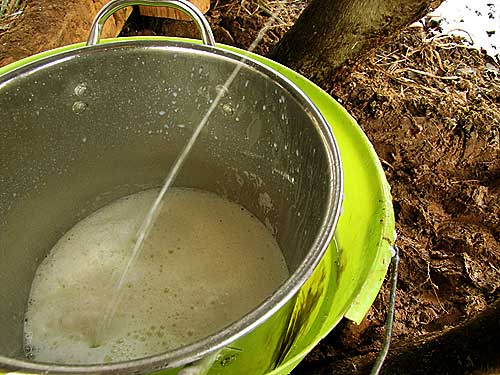 Amidst new snow, there is ankle-deep mud from the thaw the day before. 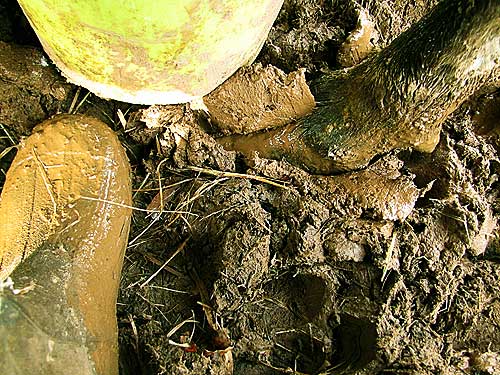 Carry the milk back to the house, check the fire, punch down the dilly bread dough and put it in the loaf pan, and take care of the home dairy. Filter today’s milk. Skim the previous milking. I’m Jane! Check!!! 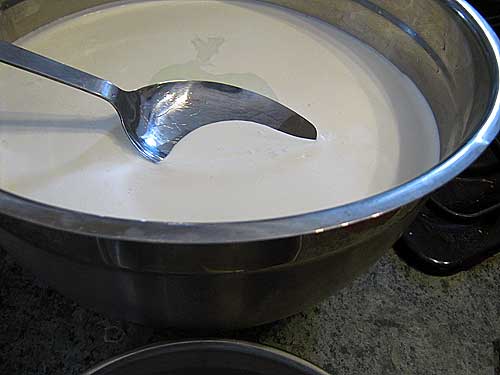 I had heavy cream in a jar sitting out overnight, ready to make butter. I used my KitchenAid stand mixer. IS THAT CHEATING? 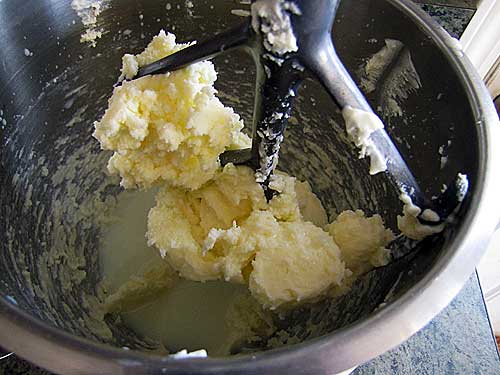 Jane used a churn. Churning butter was one of the few things Jane admits to not enjoying. She couldn’t wait to turn it over to the younguns as soon as one of the girls was old enough. I’m so Jane! I made Morgan make butter once! Check!!!

By this time, I’d baked the dilly bread and stopped to have a couple slices for lunch with my fresh butter, barely resisting the urge to devour the entire loaf. (You can find the dilly bread recipe here.) 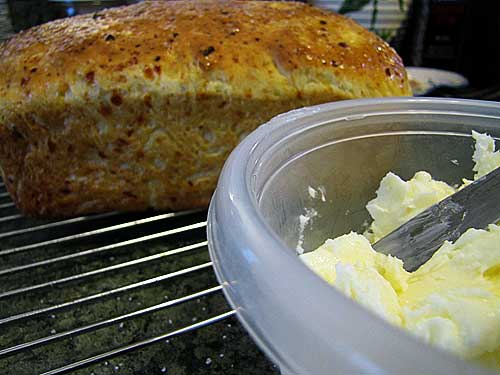 Jane doesn’t have a website, but I do, and she had a whole passel of kids to help, and I don’t, so I didn’t go outside to dig taters or scrub the curtains in boiling wash tubs. I did some writing instead and tended to some other office-y type business. (I don’t think Jane had an office.) I also made ahead some balls of pie crust dough, brewed and chilled some vanilla coffee for homemade Frappucinos for Morgan, washed 1 1/2 dozen eggs (collected over the last few days), and took in and out three loads of dishes from the dishwasher. Jane would have washed all the floors, cut up pumpkins to dry, found a cure for cancer, then milked the cow. It was time for me to milk the cow again, too, and feed all the animals all over again. Jane would get supper on the table then sew some diapers out of feed sacks or make new outfits for the children from the curtains. They didn’t have meat available all the time, but Jane could whip together a dandy meal with fried squash, potatoes, and cornbread with cream.

I whipped together some fried eggplant, rice with pork and corn, and dilly bread.

I didn’t hand-sew any baby diapers out of feed sacks, but I did work on my crocheted baby blanket. I know why they sewed so much. They got to SIT DOWN. And luckily, I didn’t have to go to bed on a straw mattress. At the end of the day, I prepped a pot of soft cheese to set overnight and hang in the morning. I have fresh buttermilk. I’ll make biscuits!

Later in the book, Jane’s husband goes off to war and she struggles through life with the children by herself, ultimately prospering and becoming known as the lady of the manor and a figure of resourcefulness and courage. She helped others, and helped herself. The thread that goes through it all is hard, hard work. I’m not a stranger to hard work, which is probably part of what attracted me to Jane’s story, but my day of consciously being more like Jane made me aware of what I was doing and when, how I was spending my time. I’m not sure I got all that much more done than I do every day anyway, but I made a deliberate exercise out of doing as much as possible, not excusing myself from anything that needed done, and not whining about it. Jane didn’t whine. She just got after what needed doing and did it. The few extra things I managed to get done that I would put down to Jane were more of the little things, getting the pie crust dough made, washing the eggs, setting the pot of cheese, etc. I tend to get overwhelmed by the big things I do in a day and sometimes don’t get to the little things. Yesterday, I didn’t let myself take those things off my list–and I was glad I got them done. Those little things are important to keep things moving, and it made me feel more productive. (I promised Georgia a pie for her birthday. I’ll be glad when I make it that the pie dough is ready.) Every time I wanted to just sit down and not do something, I thought, WWJD? (What would Jane do?)

If you’re interested, I found the book at Amazon here. (Pischke wrote another book called Ashes of Roses and War also.) You can read a little bit about the author here and see a photo of the real Mammy Jane house (obviously not the original cabin she lived in when first married), which still stands in Calhoun County.

Okay, who wants to be Jane for a day? Come over. I’ll get you the milk bucket. I need a day off!