Anyone who has a farm knows that fencing never ends. We fenced in our meadow bottom last year for the sheep. With the addition of donkeys, a cow, and more little sheep, they promptly outgrew it, forcing us into buying hay through spring as their pasture remained down and out due to over-population and no opportunity to move the sheep so it would have time to grow back. 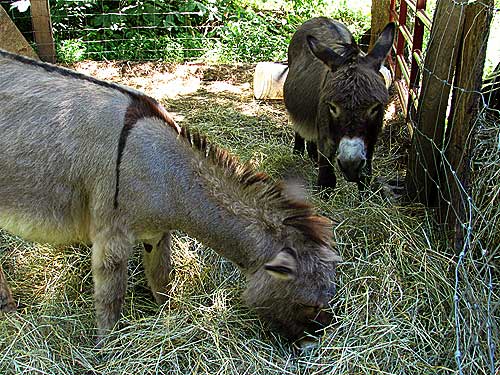 Pasture eaten down to the ground. 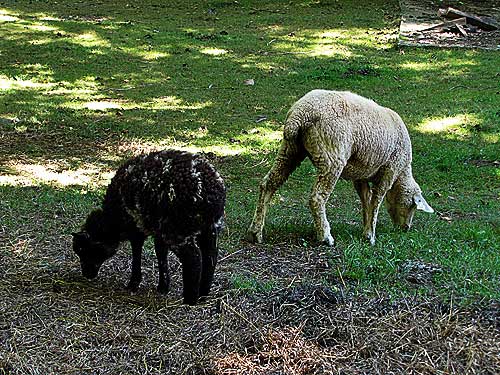 We investigated options including fencing up the hillside–sheep like hillsides. They like to clamber. We actually started working on that option when our neighbor across the river offered us his unused and gorgeous wonderland for an extra pasture. 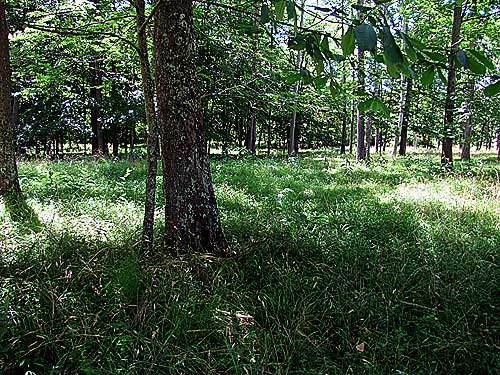 I always thought this looked like the most beautiful homesite. It’s an approximately 5-acre piece that runs partially between our farm and the river. 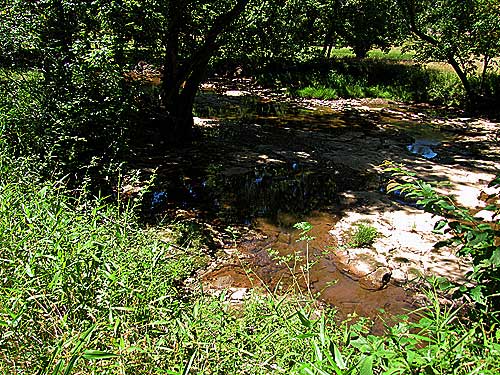 The river’s very low right now, leaving the Indian princess bath nearly dry. The river’s so low you can cross the river ford on foot without even getting your feet wet. 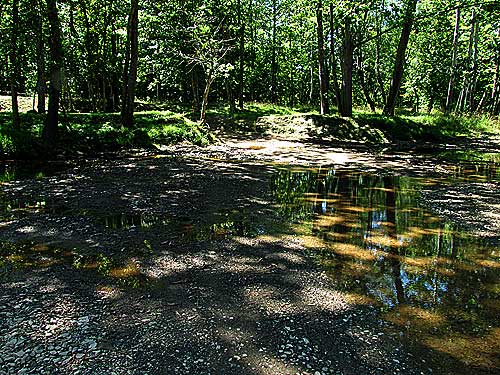 Frank, our neighbor across the river, keeps the wonderland like a park, mowing and trimming with a zealous dedication that often amazes me as he’s up in his 70s. But Frank is actually a little tired of mowing and since our sheep are natural mowers, he offered them the job.

Frank has a nice wooden fence along part of the property that borders our road. You can see he’s been out recently trimming. He can’t help himself. He is Frank–he must trim! He mows and trims like other people breathe. He has a farm but no animals. He mows his farm. If Frank lived in the suburbs, he’d have the most perfect lawn in town. He’d win awards from garden clubs. 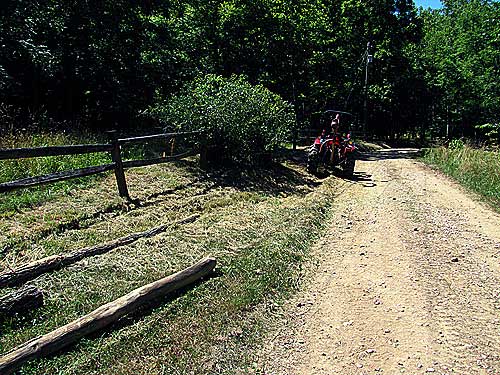 By the way, this is no homesite, as beautiful as it is. A large part of this property floods several times a year, as we discovered after we had lived here for awhile. Not all of it floods–the sheep will have high ground in case of flooding conditions. But enough of it floods that it’s ill-suited for a homesite. The sheep, on the other hand, are gonna love it. 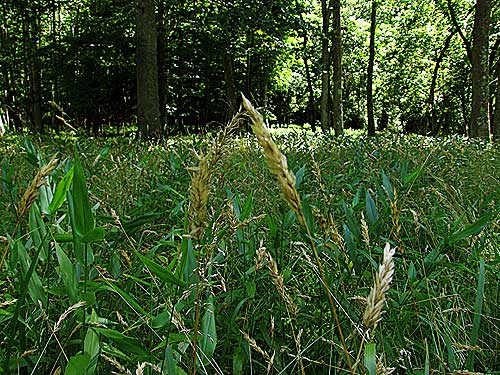 And I don’t know what this is, but it’s completely empty inside and maybe the sheep will think it’s a nice shelter when it’s windy or rainy or cold. 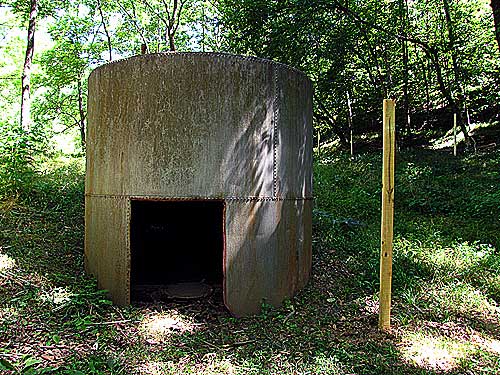 Everything was inspected and examined. New plans were created and I gave Frank some jam. And the Great Fencing Project commenced!

The determination was to go with electric fencing. We have no electric fencing–all our fencing is woven wire and wooden fence posts, dug a laborious hole at a time. (Note that I have no role in this fence post hole digging and all references to “we” in this post are royal except for the occasions that involved chasing down Jack. That was my job.)

(Yes, the fence was turned ON. We could have blown up a small country with that fence. But not Jack.) 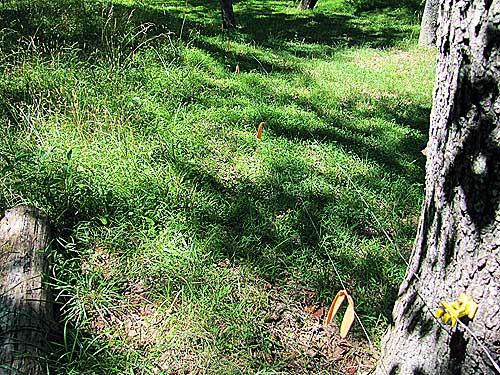 We added another strand of wire. Tried this. Tried that. Every time, Jack the test donkey walked right out of the fence. One time he got out and headed straight for the river ford. I could see Jack heading down the hard road and getting hit by a car. Picture me freaking out. Frank is pretty spry for 70-something, though, and he caught Jack in the nick of time.

Frank likes to hang around just to see if we have any excitement going on, like the opportunity to chase loose animals. Frank’s retired. 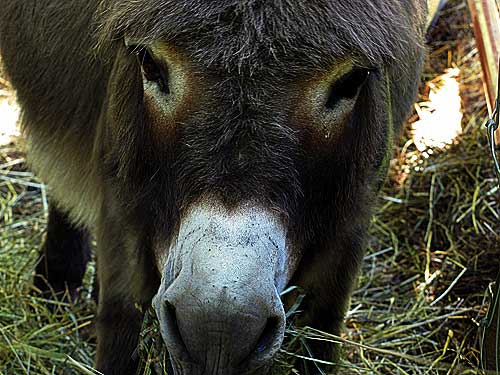 More electric fence work. And more. And more. More test donkeys. Test sheep. Nothing worked. Jack and the sheep kept walking right through the fence. (And the sheep had even been recently sheared! It’s not like they couldn’t feel it!)

Five thousand months later (okay, maybe three months later), the decision was made to break down and go back to woven wire and fence posts. You know, the only thing we know that works. 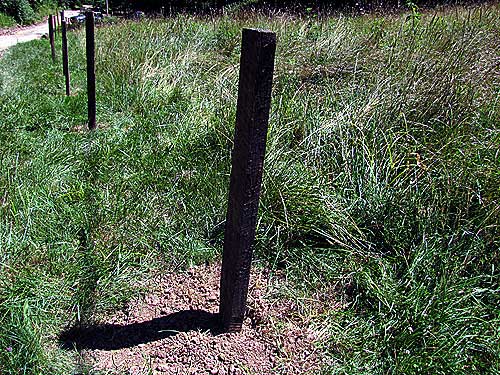 The fence should be completed this weekend (crossing fingers) and the donkeys and sheep will move over, leaving Beulah Petunia to her home, sweet home, all by herself. (She’s actually going to be moving up near the house, but work on her new milking parlor and fencing ground to a halt while the Great Fencing Project took over the farm.)

Beulah Petunia’s okay with being on her own. She enjoys her solitude and she doesn’t speak to the sheep anyway. They are beneath her. Literally. I’m not sure she knows they’re there. 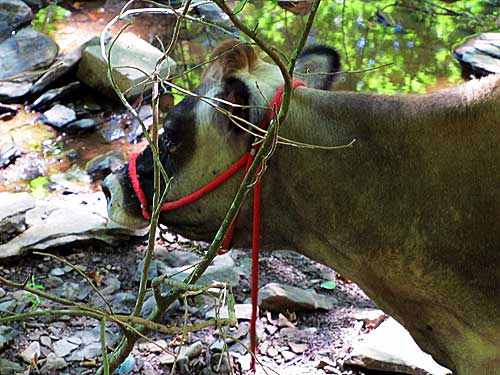 Our pasture will finally have time to recover while the sheep mow Frank’s land. 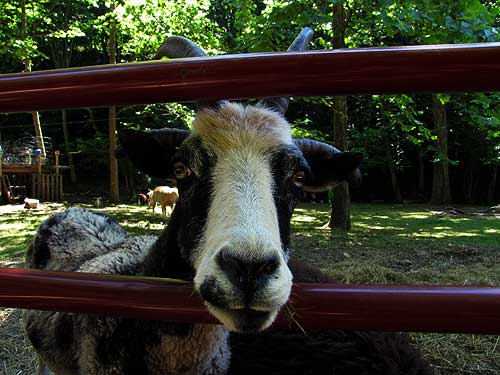 Of course, first we have to get the sheep and the donkeys over there, which involves leaving the gate from our pasture, crossing our driveway and walking about 20 feet down the road and into the gate to the new pasture.

The gate to wonderland. 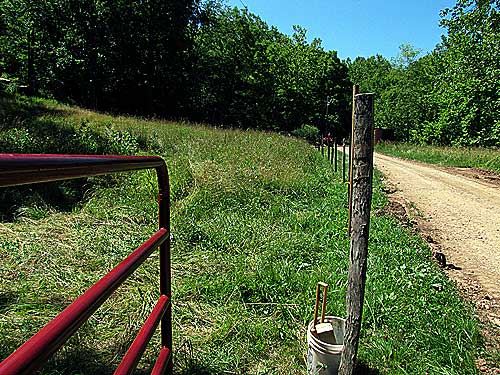 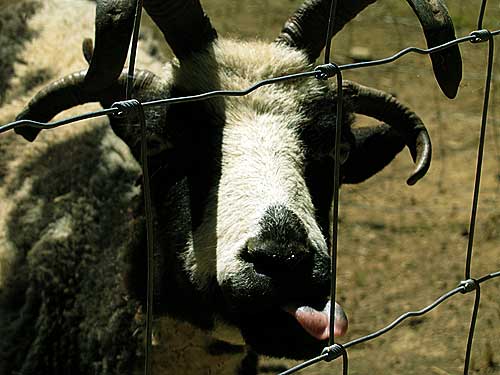 And I’m putting him in charge of this one.