I rarely post photos of myself on my blog–for a couple of reasons. One (main reason) is that I never ever never like a picture of myself. Two, I’m usually the one taking the pictures. IT’S MY CAMERA, PEOPLE. One time Morgan wanted to take my camera up the hill to take pictures of something and I made her get her backpack, fill it up with clothes, and tuck my camera down in the middle of it for protection in case she slipped or something. I’m freakish about people touching my camera! I mean, who will take care of it like I do, who??? Even I should do a better job. There’s usually mud on it. Sometimes cookie dough…. I DON’T DESERVE TO TOUCH MY OWN CAMERA!!

Okay, enough of that, back to me.

In the beginning (and for a long time), I had (a cropped and smaller version of) this picture posted in my sidebar: 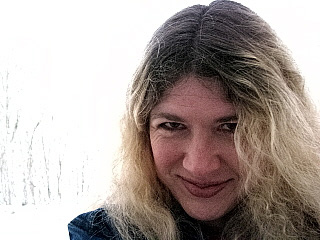 It was taken two years ago. People have been complaining about it. The other day, someone said it looked as if I was looking out from under a horse’s tail. Someone else told me I needed to do my roots. (Thank you for your concern. You’ll be glad to know that I stopped highlighting my hair a long time ago so that root problem no longer exists. I’m a farmer. I don’t have time for hair highlighting. Or money for hair highlighting.) Mostly, I think people wanted/expected me to look like this (a still taken from my SAM-e contest video, which was shot in November):

I don’t really like this picture, though. A still from a video means I was in the middle of talking when the still was taken and I just look weird. Yet everyone I’ve shown it to likes it better than the new picture that I just put in my sidebar, this one (which was taken several days ago):

I was pretty much satisfied with this one as far as pictures of me go. And that would have been the end of the story, but then someone told me that picture MAKES ME LOOK OLD.

I think I look pretty freaking good for 92, so back off.

Okay, okay, I’m 45. (Honesty is such an unimaginative policy.)

So I dragged this child out into the snow yesterday to take pictures of me. Which meant I had to let her touch my camera and everything. 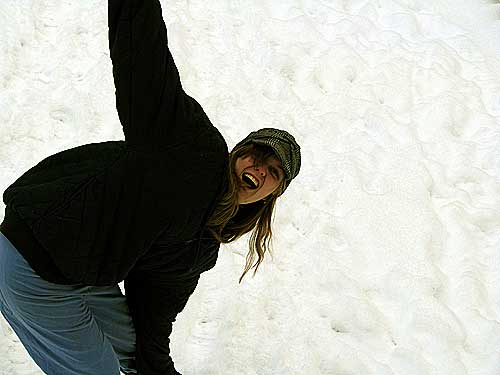 I don’t think she’s taking this whole thing seriously enough, do you? Come on, MORGAN. 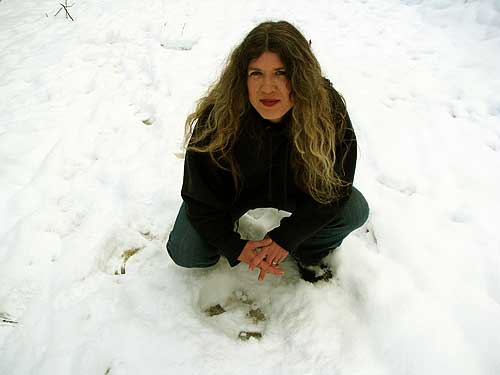 You’re too far away, MORGAN. Come closer, my child. 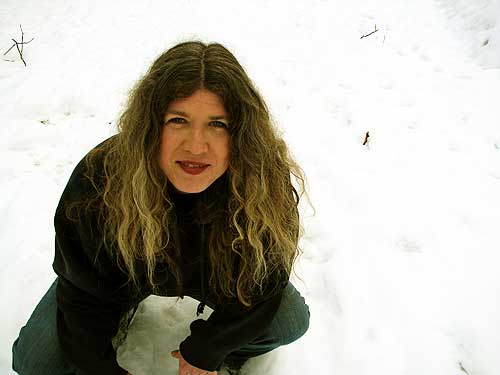 That’s okay. It could be cropped down to something semi-decent in sidebar size….

Here are your choices–including the one in the sidebar right now but NOT including the one that was there before (too much hatin’ on that one!) and not the one from the video because I don’t like that one at all. Poll below–you get to pick which photo goes in my sidebar. (I KNOW. Could this post be more ridiculous?) Other than Photo #1, which was taken several days ago, these were all taken yesterday within a short period of time. The differences are in lighting and angle.

Photo #1. (The current photo in my sidebar.)

Vote! And forever hold your peace. And I will forever hold my obsessing. And the same picture is going to stay in my sidebar until I really am 92.

NOW GIVE ME BACK MY CAMERA, MORGAN!

Note to add: Since #2 seems so popular…. I worked on it to get the yellow out that a few people mentioned. Here is a less yellow version (feel free to comment on which version like best):

(I like Photo #4 best. NOT trying to sway the vote or anything….)

Second note: I put this “compromise” version of #2 in my sidebar. (Crop not quite so close, which was freaking me out on that one for some reason.) FOR NOW! If the vote swings another direction, I’ll change it. But it seems pretty overwhelming so far. And NO ONE is voting for #1, so I might as well get rid of that fugly thing!

Someone asked in the comments if I’ve been wearing my hair like this since high school so I’m going to post this old photo just for kicks. This photo was taken when Morgan was a baby, so I was about 31. (She is almost 14 now–will turn 14 in about two weeks.) I wore my hair in a similar style to this throughout my teens and 20s, and until my late 30s. I always had bangs, parted my hair on the side, and had it styled in layers, sometimes longer than this pic, but never much shorter. DO NOT DIE LAUGHING FROM THE MAKEUP. I used to wear way too much makeup. (In case you don’t even recognize me, I’m the one holding the baby!) 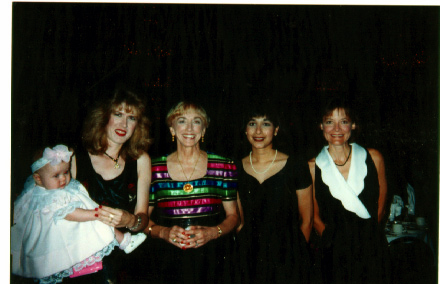