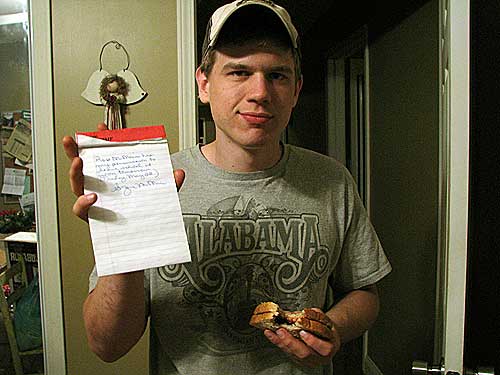 Ross asked me to write him a note to excuse him from school at noon yesterday. It was the last day of school for seniors. They weren’t going to be doing anything in the afternoon. Finals would be over. Seniors are already getting out two weeks early, but even those last few hours were too much to bear. He’s eager to be out of high school–forever. He asked me to write a note giving him permission to leave at noon. I wrote the note then burst into tears when I realized it was the last excuse note I’d ever write for him….. Eighteen and out of high school. He’ll have to excuse himself from now on. Is it too late to start over with kindergarten?