A few weeks ago, I was contemplating the view from our front porch. 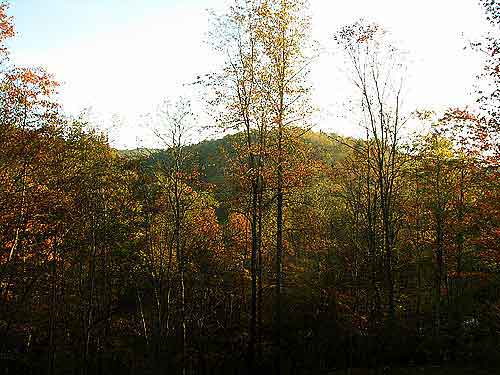 And how much nicer it would be if a few of those trees intruding on the view of the hill opposite our farm were gone. 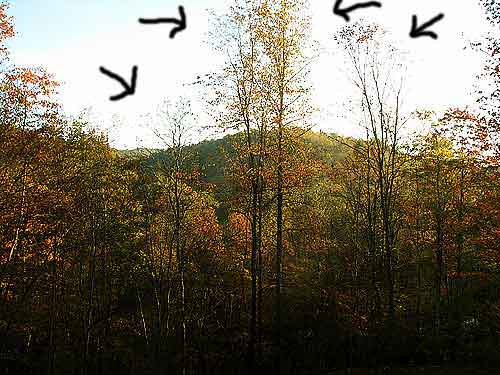 I even did some (somewhat rudimentary) Photoshop magic to get a better idea of what it would be like without them. 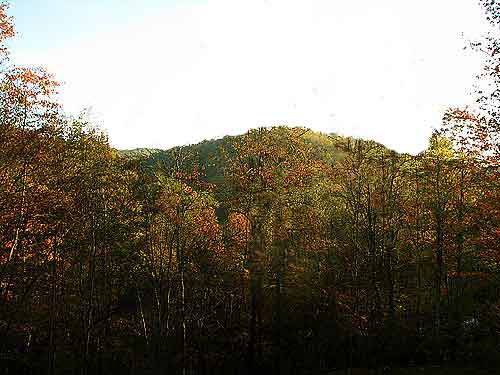 And took a poll, which ran about two-thirds for firing up the chain saw to one-third against.

Firing up the chain saw won. Several trees went down.

And this is not Photoshop magic. 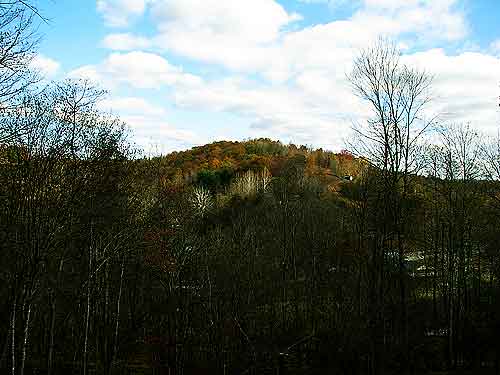 That’s for real! (You can also see the difference a few weeks makes–most of the leaves are down and we are starting to be able to see down to the river and we can also see my great-grandfather’s new house–aka the house the person who owns the property now built on the ground where my great-grandfather’s house stood.) There are still one or two trees on the right that I had targetted for the death squad, but we went for a cautious approach starting out.

So, what do you think of the new view?!