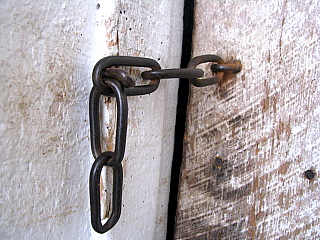 When I was a little girl, I was both frightened and fascinated by what lies beyond this latch. I knew, just knew, there were spiders. And rhubarb. I don’t know what was scarier, the spiders or the rhubarb. My parents taught me that I was to eat anything served before me, and when we came to this old farmhouse, that always included rhubarb. 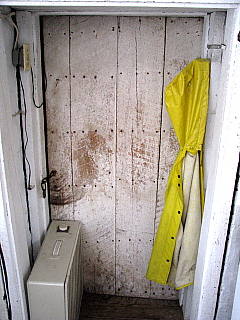 We’d visit here in the summers and Great-Aunt Ruby would be outside in the garden, doing stuff that seemed totally bizarre to me like actually taking corn off a cornstalk and shucking it. When everybody knows corn comes in a bag at the grocery store. But at least that was corn. She grew it all, including the dreaded rhubarb. Not to mention beets. (Don’t get me started on beets.) Then she did all this weird voodoo stuff to it. Meaning, somehow she did some trick where she put it in jars and stuck it in the cellar. With the spiders. Then when I wasn’t playing with the oddly simplistic little wooden games and puzzles she kept around the house, I’d creep into the cellar just to prove I wasn’t too chicken to go in there. To go inside, you had to lift a heavy chain from a hook. It was like entering a medieval torture chamber. Even to a child’s eye, the ceiling was low. It was dark. Cobwebs lurked in the corners. The shelves were filled with the odd glass-jarred concoctions of Great-Aunt Ruby’s garden witchery. I was pretty sure there was a monster hiding in there somewhere and it would suddenly leap out and drown me in shattered jars right before it ate me.

I was an imaginative child. 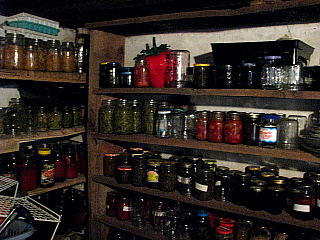 My kids don’t like the cellar either. It’s a great spot to hide birthday presents since it’s the last place on earth they’ll look. They think it’s creepy, and besides, what are they going to go in there for–to satisfy their undeniable impulse for green beans? And it’s true, the cellar is creepy. The door still looks like the entrance to a medieval torture chamber. Now that I’m grown, the ceiling is even lower. The spiders still keep residence. The shelves are still filled with glass jars. It’s almost like a tourist attraction. When people come to visit, it’s one of the first things I show them. Come see the cellar! This old farmhouse is full of treasures, but the old stone cellar with its low ceiling, rickety wooden shelves, and cobwebbed walls is mysteriously alluring.

People don’t build cellars very often anymore. Most people have a store around every corner. They don’t need to stock up. They don’t put up home-canned food. A lot of people don’t even have gardens. A cellar like the one in this old farmhouse is a relic of a lost time when people took responsibility for their own survival, in every way, especially the most basic. Food. And visitors come to look at it with a sense of awe, then go away with relief that they won’t spend any hot August days putting up tomatoes like Great-Aunt Ruby did. 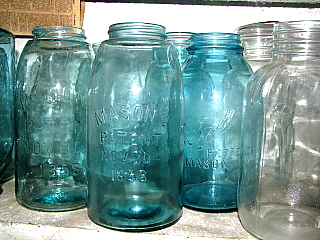 Then there are a few of us, maybe the crazy ones, who put up tomatoes in August even when there is a store down the road where you can buy them already canned, then we carry the heavy jars into old cellars and set them on rickety shelves with the satisfaction that we did it ourselves, with our own hands, from the moment we planted the seed.

No rhubarb, though. Not for me. Great-Aunt Ruby’s rhubarb still comes up in the garden every year, but I still don’t like it.

I feed it to the monster.