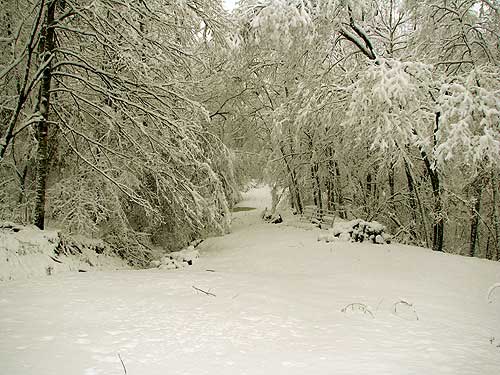 These photos aren’t new–they’re from the snowstorm in December that knocked out our power for a full week, through Christmas Day. 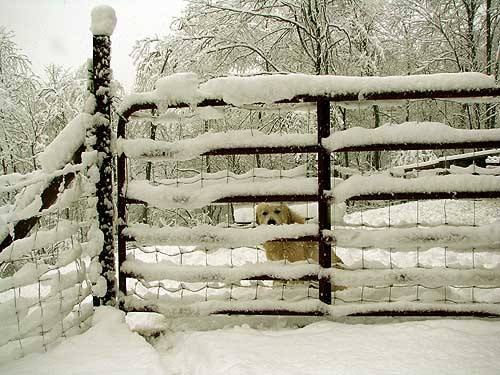 But they could have been taken yesterday because this is what our farm looked like when I woke up. Our satellite internet is down and I can’t upload new pictures right now. Heavy, wet snow is a power outage waiting to happen because it breaks trees. It’s also a phone outage in the works. We lost our power yesterday around 11 a.m. If I lose the phone connection before the skies clear enough for the satellite internet to return, I’ll be out of connection entirely. As it is, I have trouble uploading photos on dial-up so these pictures are standing in.

We’re always prepared for a power outage, but there are the last-minute details. The quick–what should I do in case the power is gone for a week? Yesterday morning, I took a shower, put on a pot of beans, scheduled posts, and baked brownies and more bread along with cooking two dozen flour tortillas before the power went out.

As of this writing, we still have working phone lines and we’re using generator power. We have plenty of gas, plenty of food, and hay for the animals. We didn’t really have that much snow. Maybe half a foot or so. (Nothing compared to some areas.)

We had flooding with the river and creeks already when the snow started, so conditions here on our remote road are bad. I don’t know when we’ll be getting out of here. At least a few days. But that’s okay.