West Virginia is a land of water. When it’s not falling from the sky, we’ve got rivers, creeks, and springs. Recently, I was approved for spring development funds through the Farm Service Agency. The funds are to support spring development for farmers into fields that don’t have an existing natural source of water, or may have a creek that dries up for periods of time in the summer. There’s a spring in the hillside above my goat yard, so I signed up, was approved, and was visited by the FSA guy yesterday.

I showed him the spring in the hillside above the goat yard and front barn yard. 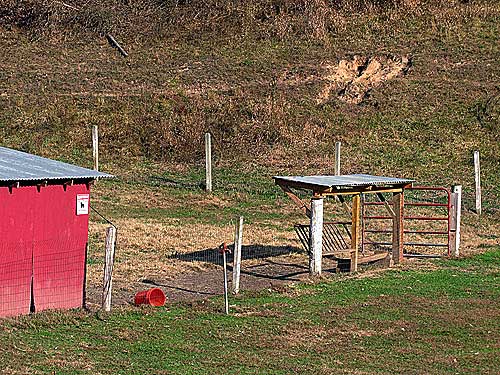 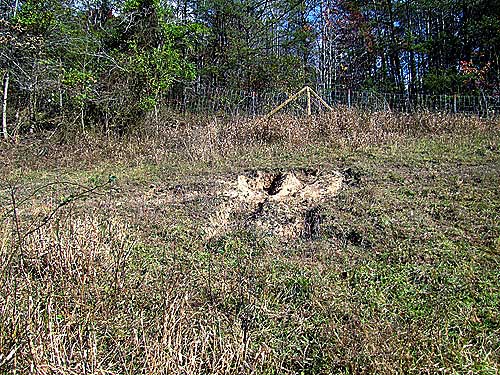 It’s pretty dry right now, so he told me it wasn’t a strong enough spring for them to support developing. It would only provide water part-time. I told him there was a fantastic spring on up the hill, but I thought it was too far. He said, “Show me.”

So I took him on up there and showed him my wonderful spring that’s wet all the time, and said, “But isn’t this too far?” 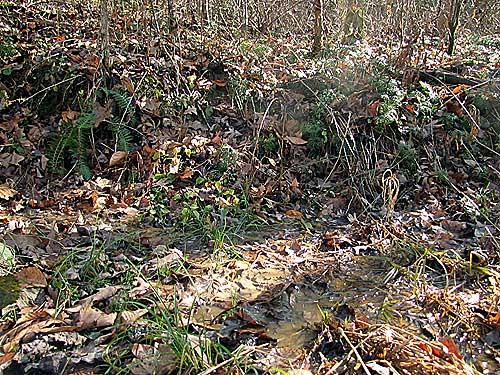 Well, apparently not–if I’m willing to cost-share for the pipe. What the FSA will pay for is the pipe (certain number of feet, I can’t remember offhand), the holding tank, and other materials. The only difference will be on the amount of pipe required, the other materials are the same no matter how many feet the pipe runs. And he liked the spring–but he wants me to test it out first. There is standing water here all the time, every day of the year, no matter how dry it is. It is likely that it is a real spring, but he said it’s also possible it’s not a spring. He said something about the water table and clay and I can’t remember exactly (!), but some other cause for the water. He wants to be sure. He wants me to trench it out and see if it flows continuously. 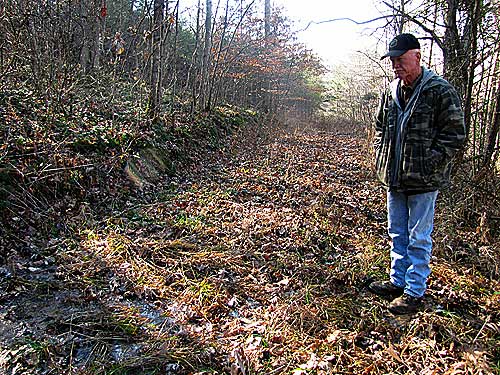 I’m sure Ross and Weston were worried they might be bored over their Thanksgiving holiday. Thank goodness they have a trench to dig! I even have two shovels!

And then, since he was from the Farm Service Agency and everything, I couldn’t let him leave without asking him #1, if he knew anything about cows, and #2, if he’d like to put his entire arm up inside my cow, or at least #3, look at her bee-hind. He claimed to know absolutely nothing about cows, but I think he was lying.

Next time somebody comes around, I’m only asking them #1 before I get all descriptive about it!