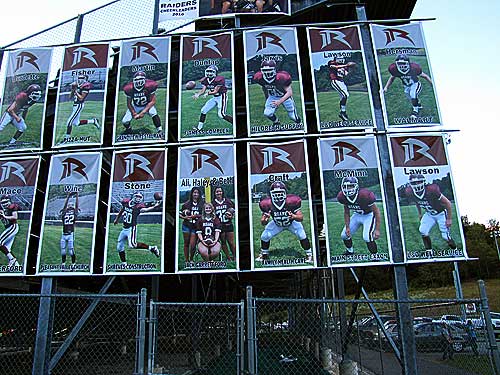 I’m not very observant, so I didn’t notice these huge posters of all the senior football players on the side of the bleachers last week at the first home game, but I noticed it this week. Look, there’s my baby! 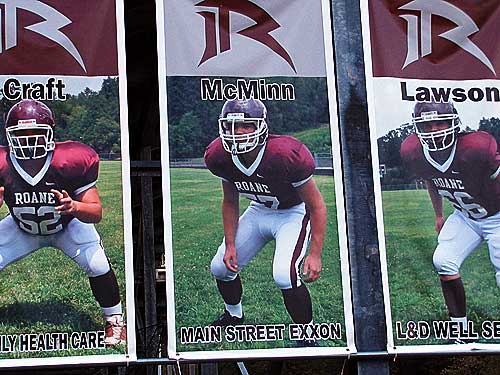 I told him if they offer them the posters at the end of the season, TAKE IT! Because if I don’t tell him that in advance, he won’t. 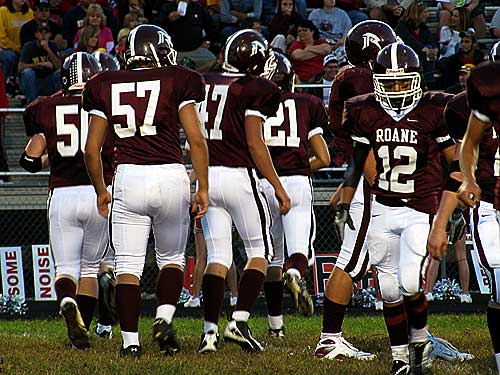 I would have liked to have taken more pictures at this game, but my batteries were dying and my camera kept shutting off. Plus I had to work the concession stand.

I did manage to get this picture of Weston’s girlfriend at halftime. (She’s front, center, playing the flute.) 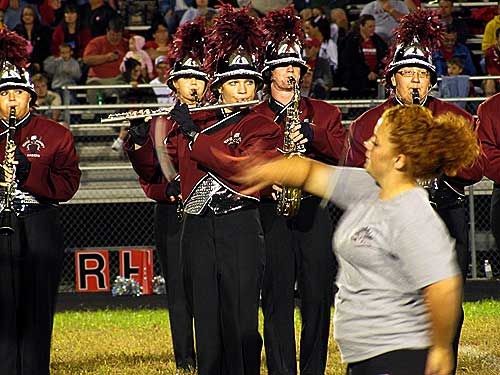 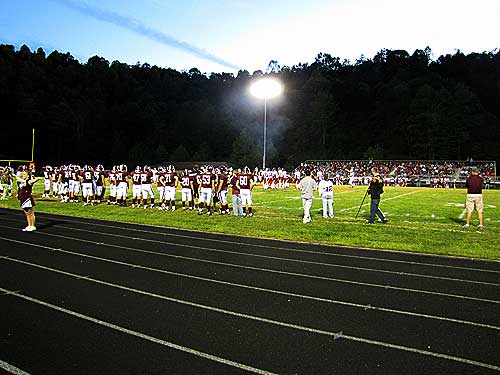 You were my favorite concession stand duty ever. I will miss you when I’m pulling high school concession stand duty for Morgan at volleyball, basketball, and softball, because, dear football stand, they can’t hold a candle to you. You could put the hot dogs they sell on the head of a pin compared to you. The excitement…. It’s just not there. Dear football stand, you have it all. Thank you for the rapid-fire experience in counting change. I needed the math brush-up. I’m sorry about that one time I was late. And that other time. And I’m sorry about that one time I ate a bag of popcorn and didn’t pay for it. And that other time.

AND THEN THE STATE POLICE SHOWED UP TO ARREST ME!!

Okay, that’s not why they were there. 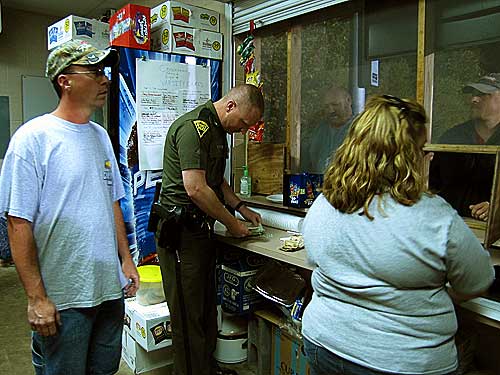 There were some people passing counterfeit bills at the stadium! The state police found $100 in fake 20s at the home team concession stand. The officer went through all the bills at the visitor concession stand (where I was working) and found none. He said they probably were too lazy to walk over there. (Probably right.)

They have video from the stadium and concession area and a description from one of the workers at the home concession stand, so they’re working on it. Anyway, that was the exciting finish to my high school football concession stand career. Weston only plays one sport, so it’s done.

Of course, Morgan’s just getting started. 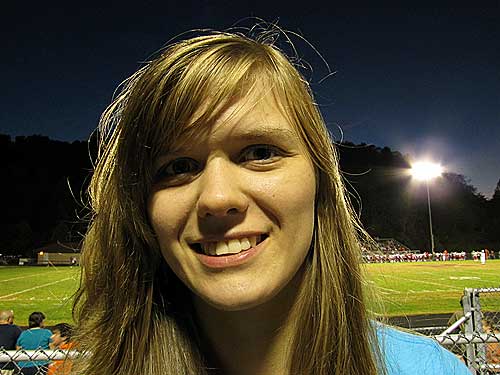 Who wants nachos with chili and cheese? Sour Skittles? A hot dog with slaw? Blue Gatorade? I’VE GOT YOU COVERED.