I spent a day recently with a woman I haven’t been able to forget. She’s a distant relative. I had never seen her before and I may never see her again. The first thing she said when we met was, “You are stunning!” Wow, I liked her right off the bat. We spent the day driving around, looking at some old family landmarks. She thought the trees were stunning. The buildings were stunning. I swear, if I’d picked up a rock, she would have said it was stunning. It was almost as if she’d been dropped down from Mars and had never seen Earth before. Everything was absolutely stunning. (So much for me.)

Through the course of the day, I went from thinking she was a little odd to thinking she was one of the most amazing people I’ve ever met and wishing I could be more like her. I also found out through the course of the day that she didn’t have an easy or perfect life that had created this sunshiny attitude. She had experienced a serious medical event–a brain aneurysm. She had lost her career. She’d had a failed marriage. She had a number of other problems, large and small, just like anyone else, and yet she was unrelentingly positive. Her lingering medical condition had resulted in some concentration problems, she explained, which finally made sense of the way she only mentioned any of the downsides of her life in passing on her way to noticing the next stunning structure, stick, or person. She didn’t have the ability to dwell on negatives. She was in the moment, completely, utterly, blissfully.

By the end of the day, I was thinking, I want a brain aneurysm!

That seems a little drastic, though.

But, you know, this ridiculously messy “farm shih tsu” (as I call him to explain his embarrassing state when I take him to the groomer) is stunning. 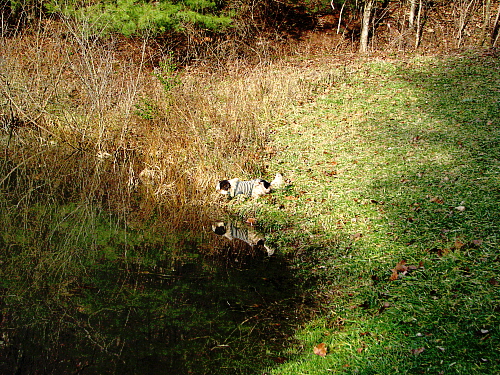 The trees reflecting on the pond outside my cousin’s mother’s house are stunning. 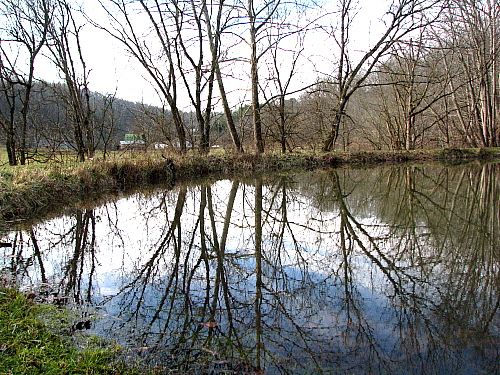 The view of cows grazing in the meadow on the next farm over is stunning. 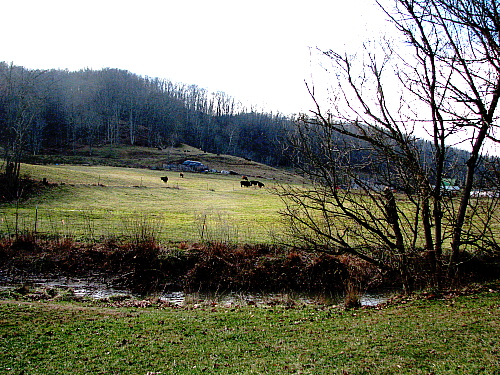 The sun breaking through morning fog over our farm is stunning. 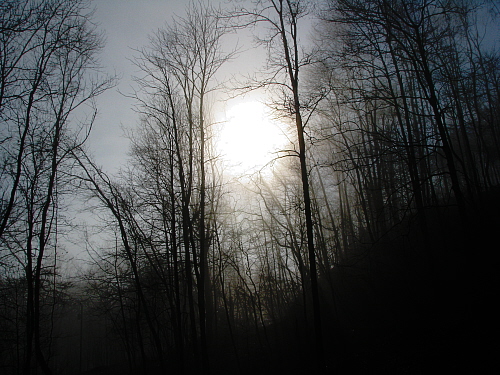 And this girl who likes to climb onto the roof outside her unfinished new room just to drive me crazy is especially stunning. 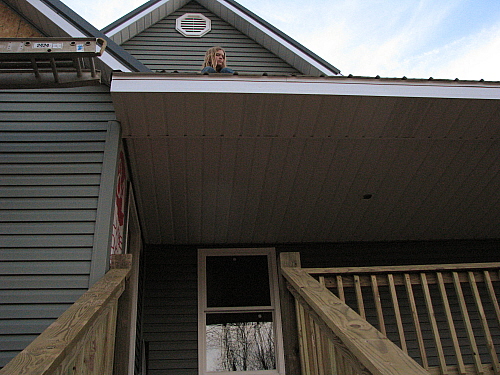 What’s stunning in your world today?