1. Somebody probably died there. Maybe a couple people. Maybe they’re still there. Maybe in that ammo box on top of the pie safe. People are practical in the country. Why buy a fancy urn when there is a perfectly good empty ammo box available? 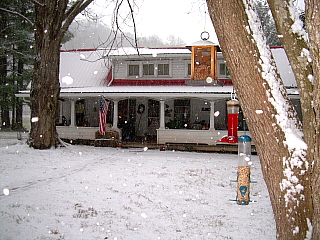 2. It’s cold. And it’s going to get colder. And the house is not going to get warm. Remember when you were five and you thought living in an igloo would be so neat? Try to be cheerful. Buy an electric blanket and a space heater no later than November. You can forget about finding any in the store after that.

3. You’re going to be cold anyway.

4. Those noises in the wall? That’s mice. Huge, giant, evil mice with flaming red eyes and poisonous fangs. Your cats aren’t going to get them out of the wall for you so just forget about that, but you can stock up on scented candles because when they die there? You’ll be the first to know.

5. Buy really, really long wooden matches. You’ll be less scared that you’re going to blow yourself up if you have long matches when it’s freezing and you’re lighting the gas stove in the cellar porch every night in the winter to keep the pipes from freezing.

6. The pipes are going to freeze anyway.

7. Don’t get excited about buying ten extension cords with multiple plugs to make up for the lack of existing outlets in the house. You’re just going to go home and blow all the circuits. 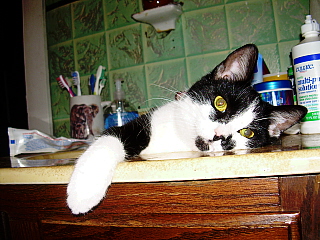 8. Those slanted floors that were the first thing you noticed when you moved in? You’ll totally forget about them after a few years. So be careful when you’re drinking.

9. No matter the inconveniences, no matter the hardships, living in a slanted little house is a privilege. It might change your life. It will certainly change your perspective.

10. If you can move out before anyone puts you in an ammo box, it’s all good.