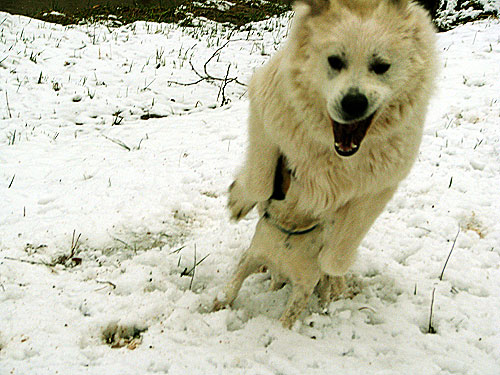 On our second day without power, the snow was light in the morning, just floating bits of fluff carried on the icy air. The phone line was out most of the day yesterday–and we have no cell service at our farm–but the satellite internet was back. (I can upload new photos. Yay!) We are very isolated in these circumstances. No power, no phone, no cell service. No close neighbors. We are on a 40-acre farm in the remote boonies. The way out across the river is flooded and the way out over the dirt/rock road is covered in snow on top of mud.

I don’t mind the isolation and hardship. This is the life. You can’t get this in the suburbs, people! It’s not easy, but it’s so awesome. It’s beautiful in its simplicity and its self-sustaining accomplishment. Plus when I walk through the house at night in the dark carrying a hand-dipped taper to light the way, I feel very Jane Eyre-ish (and I know my degree in English was so worth it–sheesh, give me something, I don’t have a mall). I live on a farm and I love it.

The children aren’t here. They had planned to spend the night at different friends’ houses Friday night after school. That turned into the weekend and they are now at my cousin’s house. He has power. They can’t get home, and they are well taken care of and more comfortable where they are–and they can get to school. I am snow-bound with 52.

I cooked bean and egg burritos for breakfast and we made coffee. The hum of the generator is a constant accompaniment to life, background noise to the slow beat that the world seems to take on when electricity goes away. I knitted. 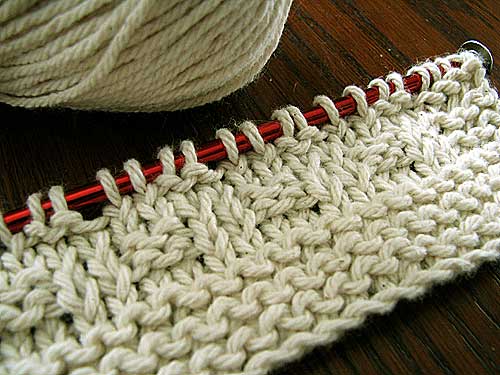 And I had the right size needles! I tried a dishcloth again from the dishcloth sampler book. Lo and behold, for the first time ever, I wasn’t making a mutant dishcloth. The gauge was right and my stitches were even and pretty. I could actually see the texture of the pattern emerging–correctly. (This is a honeycomb pattern.) I can knit! I’m still the slowest knitter in the world and I look like a monkey when I’m at it, but I can knit. It was my first real moment when I had a sense of accomplishment in knitting. 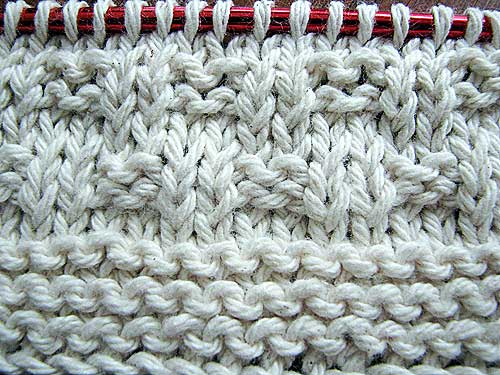 (Don’t even ask how long it takes me to do just that much.) I was going to teach the hens to knit but they were busy producing eggs. 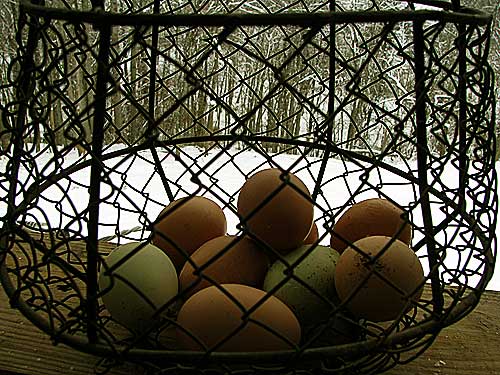 (People often ask if I wash my eggs. Yes, I do. These are fresh-gathered eggs–some are clean, some not, depending on where the hen decided to deposit them.)

It had rained so much before the snow started Friday evening, we were already flooded in. The river has gone down some since, but the ford is still impassable. 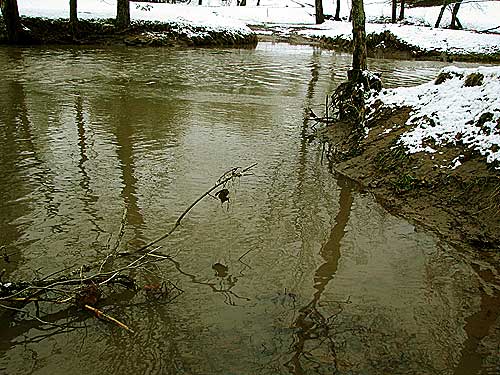 Boomer: “Giant Puppy, we have discovered a new land!” 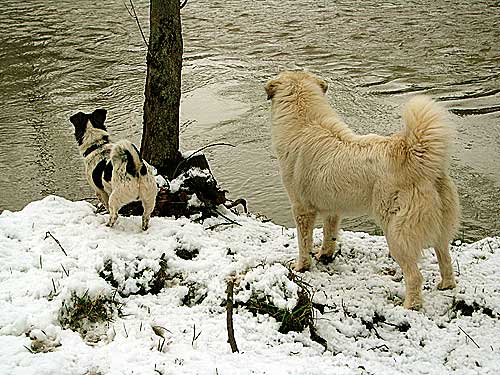 The sheep are always eager to be fed. They are two-ton balls of heavy fluff. They will knock you down when you’re carrying food. 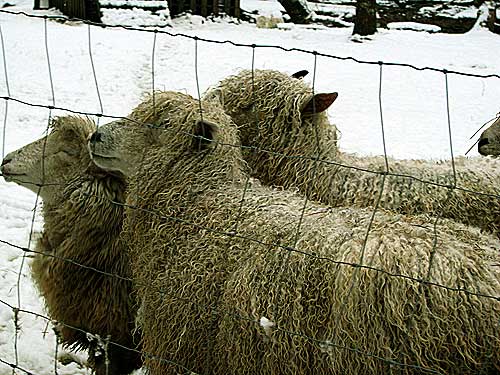 Jack is always slow, deliberate, assuming nothing other than that everyone better get out of his way. 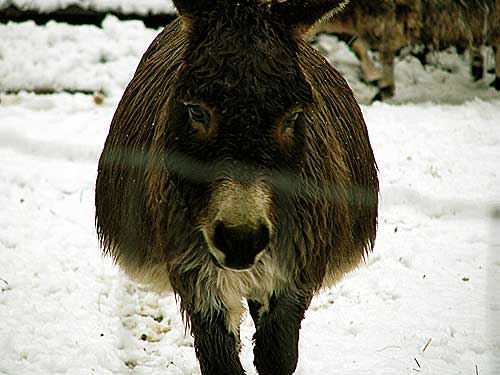 He is JACK. He doesn’t need to rush. 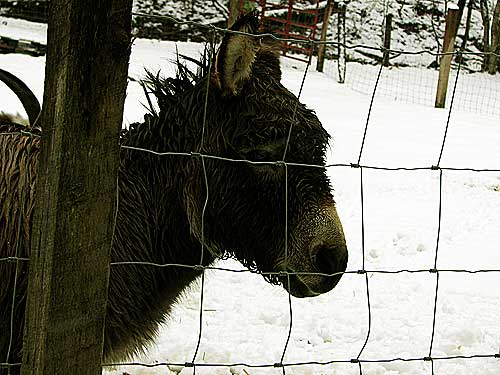 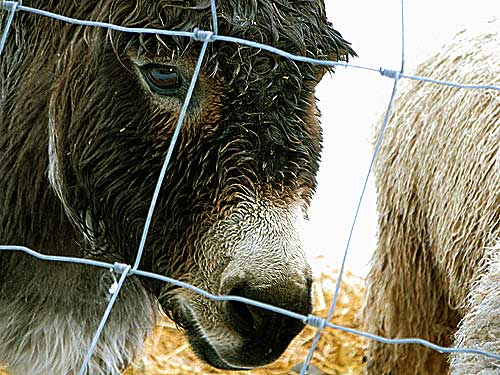 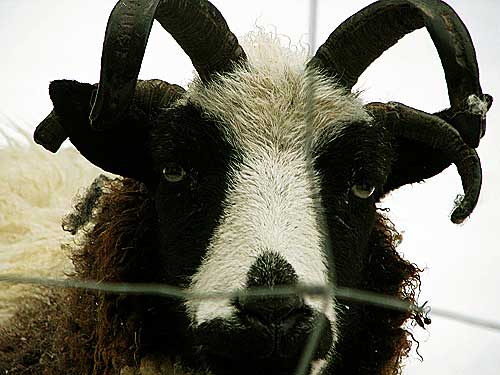 Jester. She thinks deep and carries a big horn. (Or four.) 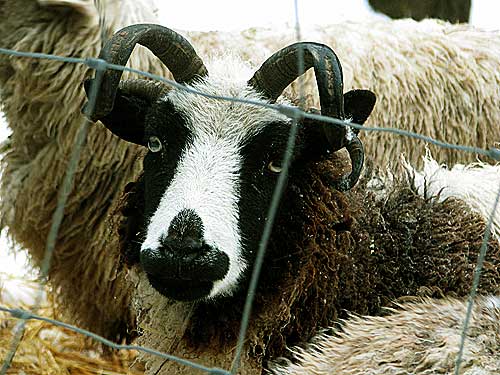 Sweet, sweet Annabelle. The sheep have never accepted her. She is not a sheep. She is a dog! She hangs with Jack because he doesn’t like sheep, either. He lets her be one of the cool kids with him. 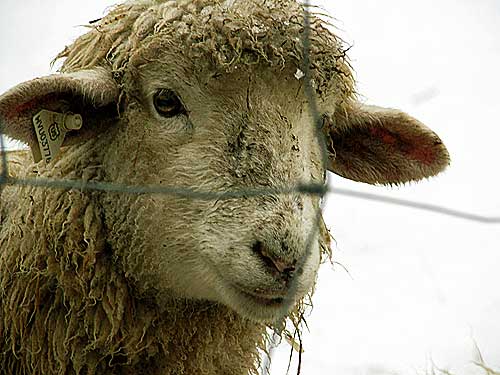 The real dogs like to go down to feed the sheep. It’s very exciting! We’re taking a trip! They must tag along. 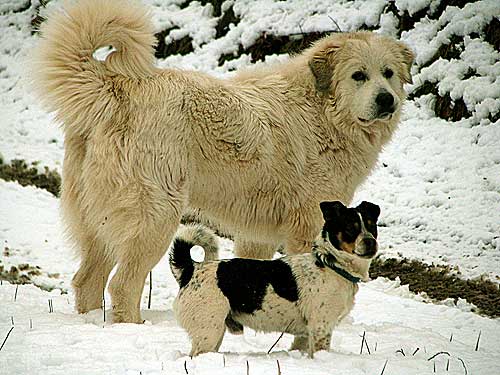 Boomer runs along the fenceline barking at the sheep. He is so brave–from the other side of the fence. 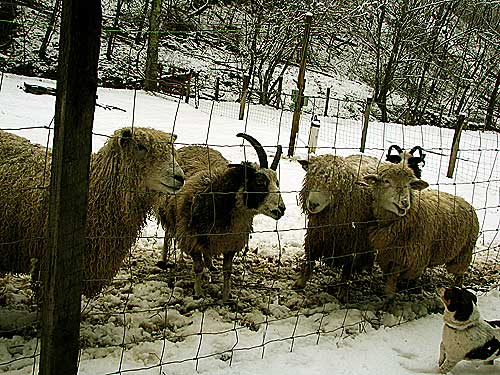 The Cotswolds have been growing their long curly-crinkly wool for me. Another month or so and we will shear them and then I’ll be back to my hand-spinning, which I only began to learn last year and was distracted away to other pursuits. I need to work on it again, get better at it. Hand-spinning is simple yet difficult. If I can learn to knit, I can learn to spin. I will perservere. The Cotswolds have made such lovely curly-crinklies for me, I must! I want to knit and crochet with my own wool. 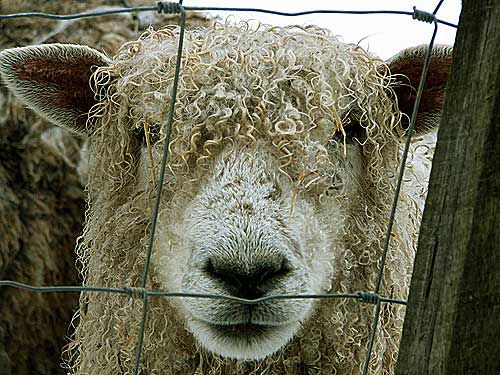 My car is parked at the bottom of the driveway, as it has been for over a week. I’m hoping the ford will go down soon as there’s no way I’m going over the road for two miles in this mucky, wet, snow over top of mud. It’s supposed to snow again tomorrow…. Spring, wherefore art thou? 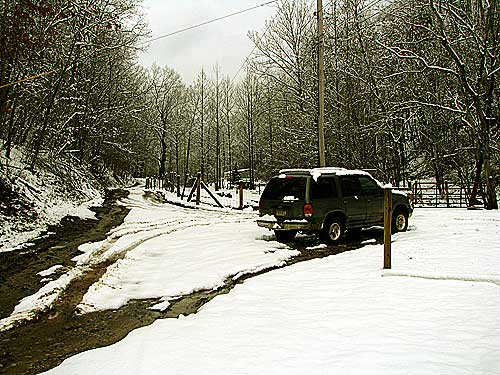 I made beans into chili to eat with tortillas by the light of hand-dipped tapers. Have you tried homemade flour tortillas yet? They are so easy and so good. I make them in two dozen batches and they keep well in the refrigerator. I was so glad I made them right before the power went out. 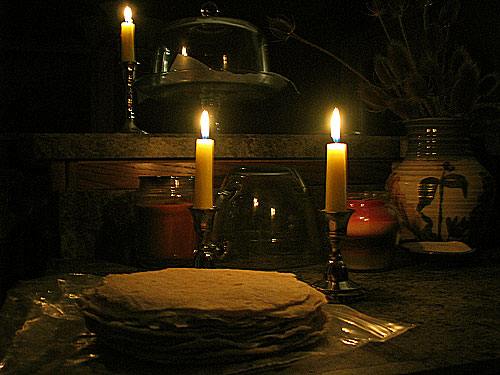 Then I knitted whilst listening to generator-powered TV. 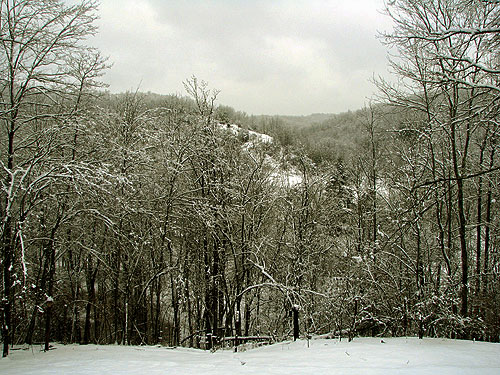 It’s winter in the country and all is well.