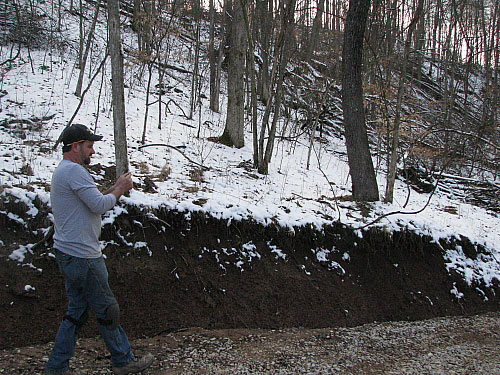 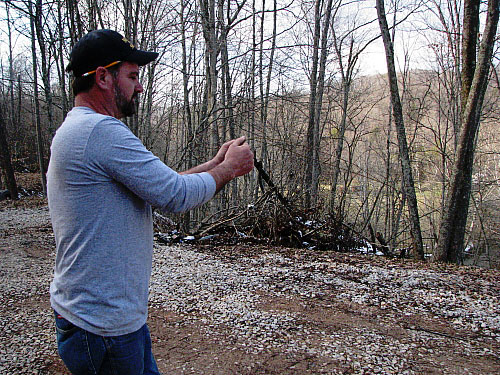 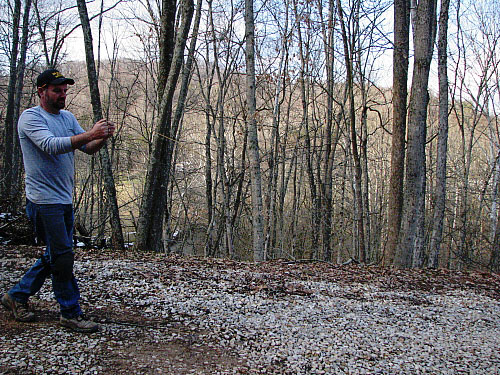 Following our 240-foot disappointment last week, we’ve had three additional water witchings. I wasn’t present during the first one, but Steve-the-Builder brought a new water witch out there this weekend. Yesterday, Steve-the-Builder did his own witching. His first job was as a gas and oil driller. Believe it or not, they witch for gas and oil wells. Now he witches all his own water wells on his farm.

We have two potential well sites. One idea is to go back to the old well site at the far end of our farm in the meadow bottom where the people who previously owned the property had a 65-foot well. They lived there in a trailer, which is now gone, and we thought we were going to be using that well, but we discovered there’s not enough water in it. We don’t know what happened to it. Possibly, something caved in the well. Or the water went dry after the drought this past summer. Who knows. We know there was water there at one time. We could go back over there and drill deeper.

Or we could come up the hill, closer to our house, where there is a spring that had water in it even this past summer during the drought. (This is the site pictured in the witching in this post, near the house, by our driveway.) We’ve had both sites witched and witching says there is water at both sites. The upside of drilling closer to the house is that there will be less water line to worry about maintaining and the water from the hill/spring site may be better than the water in the meadow bottom because of the chance of iron in the water down there. (Witching, by the way, doesn’t respond to surface water. Standing right over the spring doesn’t bring any results. But near the side of our hill within feet of the spring, the “witching” current is strong.) My country guru Faye says: “Drill by the spring.” Steve-the-Builder says: “Drill by the spring.” My father, who was born and raised within a stone’s throw of our farm, says: “Drill by the spring.”

And added to that country wisdom, three water witchers can’t be wrong, can they? 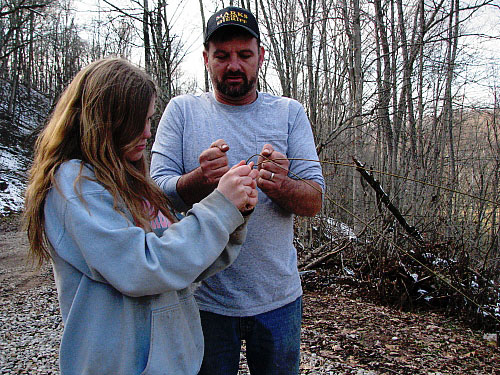 Apparently she has the magic. 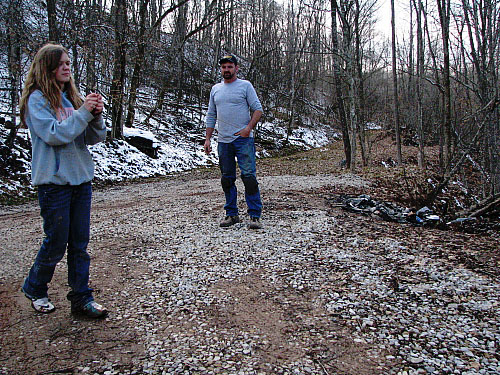 Princess says there’s water near the spring, too. 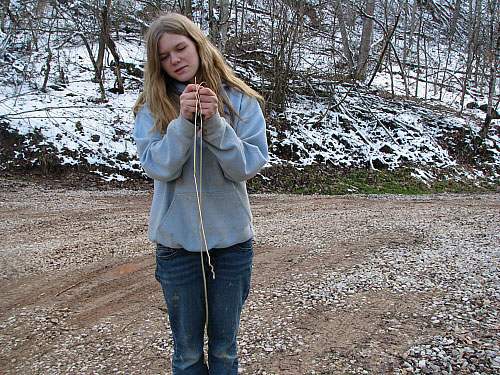 Although we couldn’t move anything on Saturday due to snow, we did move quite a few things yesterday. No furniture yet, just boxes and kitchen things that I could move using my Explorer and 16’s Jeep. The new refrigerator came out to the house yesterday, too, thanks to 52 and his pickup truck. We painted trim while 14 and 16 put ceiling fans together and screwed on light switch covers. But today…. Today, it’s all about the water. Steve-the-Builder has the kitchen together and he has one bathroom ready. All we need is water and we won’t be moving stuff, we’ll be moving in.

To get the big drilling rig up the hill, a bulldozer will have to pull it. It’s going to be quite an event.

The bulldozer and the rig are coming today at 10 am and we will have one last, fourth, witching at the site. Unless we have a last-minute change of heart, we are planning to go with the flow of country wisdom, drag that giant rig up our slippery, muddy hill (the hill I won’t drive up right now!), and drill a well by our spring.