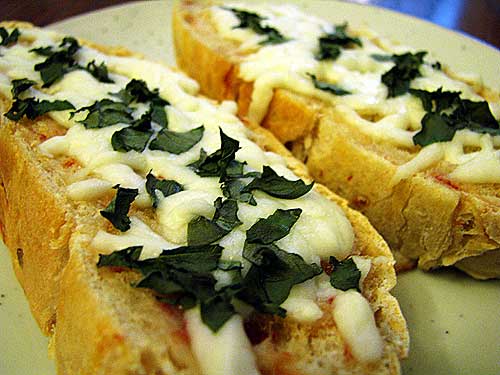 This was the good. Eventually. But first came the bad and the ugly.

In the next step of my dehydration adventures, I dried tomatoes and onions. 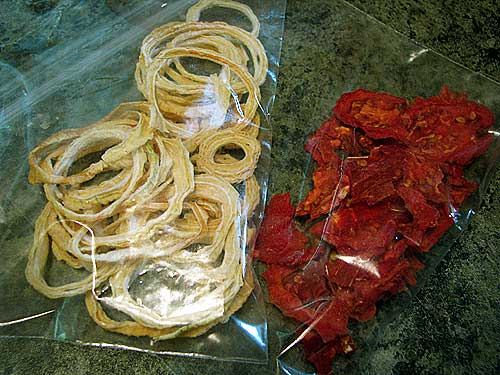 It was a smashing failure, at least for the tomatoes. The onions–wow, I could eat dried onions like candy. Now I remember why I can’t buy those Durkee French Fried Onions at Thanksgiving to make green bean casserole. I always want to eat the whole can of onions before I finish making the casserole. (Speaking of which, I’ve got to figure out how to make a homemade facsimile of those french fried onions. Stay tuned!)

But the tomatoes….. I tried following the instructions. Perhaps a mistake. The instructions called for blanching the tomatoes first in boiling water then cold water and peeling them before dehydrating. Perhaps I let them sit in the hot water too long? I’m not sure. I was only using about 15 roma tomatoes. I blanched most of them, probably for too long, and I blanched a few not so long, and I dried a few without blanching them at all. My good results were from the tomatoes blanched very quickly and the tomatoes not blanched (or even peeled) at all. The worst result was from the tomatoes I think I dipped too long in the hot water–those tomatoes stuck to the dehydrator trays like glue and were hell to clean off, not to mention wasted since I couldn’t get them off the trays properly. 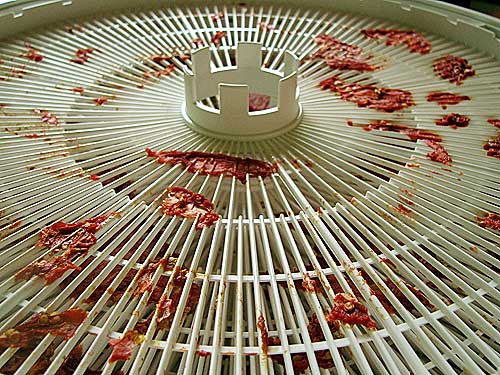 So, I think the blame largely falls on my shoulders, though I found the tomatoes not blanched at all came out just fine for my purposes as well. I think further experimentation is in order. (Any experiences out there? Please share!)

But, all was not lost! With my meager supply of dried tomatoes and onions (I only dried two onions, it was just an initial experiment with them, and they dried beautifully, by the way), I figured there was really no point storing them. Time for dried tomato and onion bread! 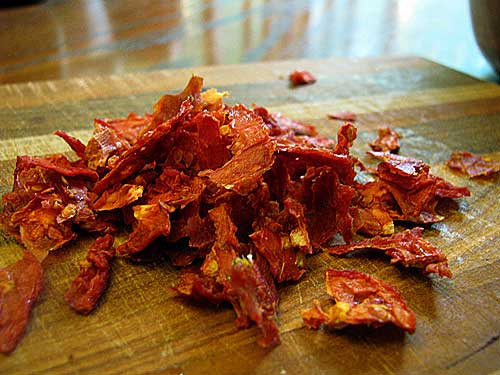 I made the standard one-loaf version of Grandmother Bread, with an Italian bread twist. (Meaning I added a few dashes of olive oil.) I mixed in crumbled dried tomatoes and onions in the first step along with the water/yeast mixture. 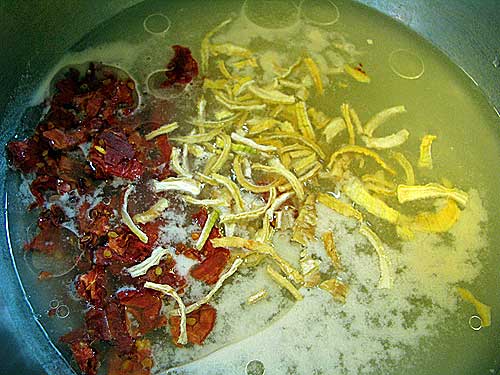 When the loaf was ready to bake, I crumbled the rest of the dried onions on top. 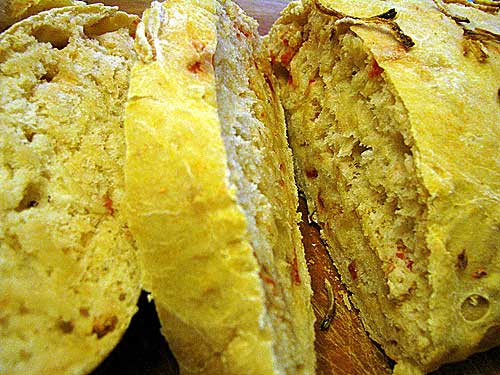 You know this is crying out for some mozzarella. And some fresh-snipped basil. 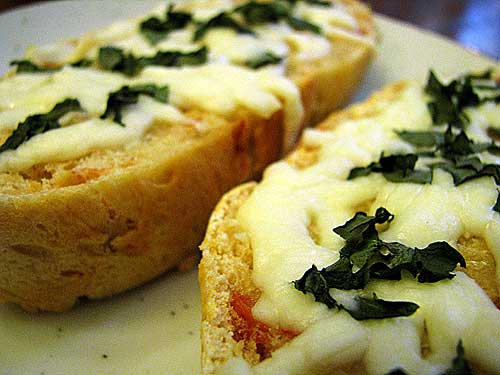 A mistake never tasted so good.