In my kitchen today–

Yogurt in the crock pot: 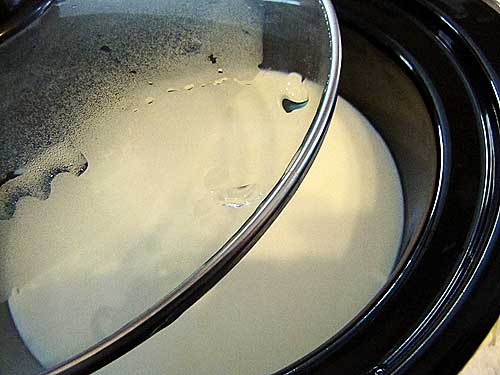 I made it with half light cream, half milk, so this is going to be some rich yogurt!

A quart jar half full of heavy cream, set out to ripen for butter-making this evening: 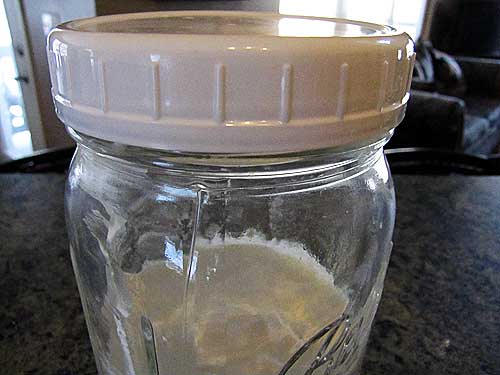 Another gouda in the brine: 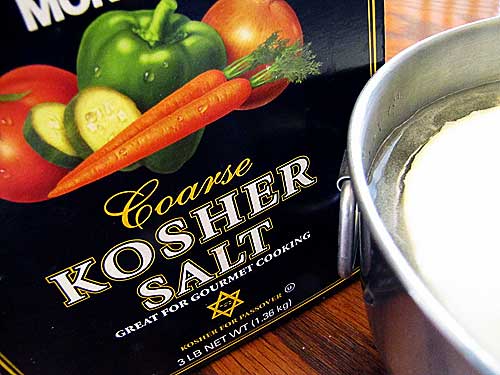 Next up, I’m going to make some granola because this post made me want some yogurt and granola really bad.

For the cheesemakers out there, here’s another money-saving cheesemaking tip. I’m making smaller brines now. It saves on salt! I use a bowl that’s just big enough for the cheese to sit in comfortably. A smaller bath for the brine means I have to use less salt for the brine. The cheese is only going to absorb so much salt anyway, so I don’t like to waste the two pounds of salt needed to make a gallon-size brine. I also don’t have room to store the brine (and am perhaps too lazy), so I make smaller brines and make a fresh brine each time. Also, use kosher salt! You don’t have to use labeled cheese salt for cheeses and brines. Any non-iodized salt will do. It’s best to use a coarse salt so it doesn’t dissolve too quickly. Kosher salt is good.