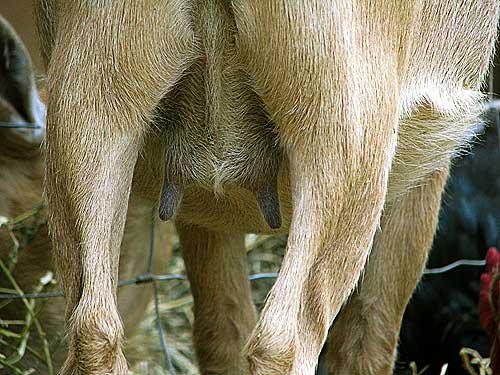 I wonder and wait and observe her udder for signs of impending maternity. Is she or isn’t she?

She’s been putting on weight. I took this comparison shot of Clover and Nutmeg a month ago. (Clover on the left, Nutmeg on the right.) 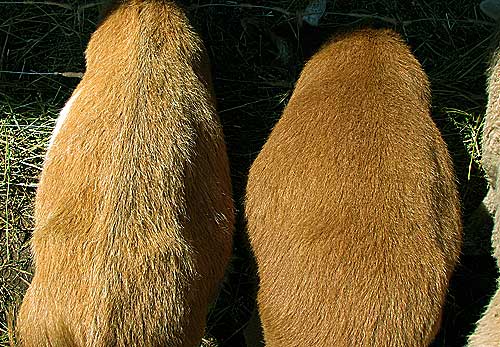 I took this picture yesterday. (This time Rotunda aka Nutmeg on the left, Clover on the right.) 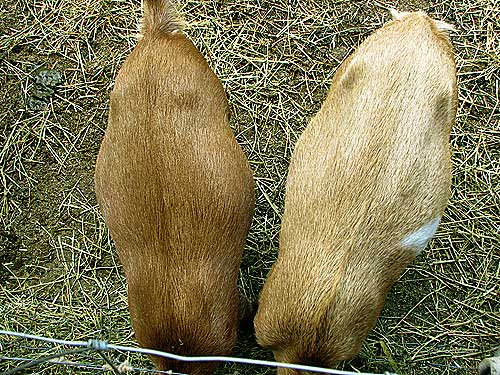 She’s as big as Rotunda now!!! 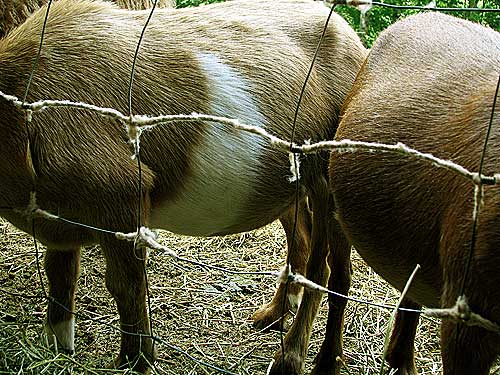 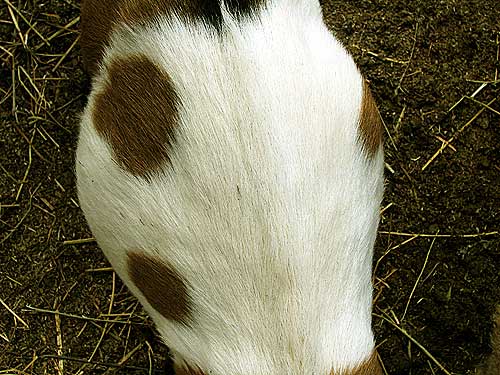 But Clover’s the only one who might be pregnant, and she just recently took on the basketball look most goats sport as a matter of routine. If she’s pregnant, she’d be due by the first week of August. If nothing happens by then, we’ll know it’s just the gingerbread. And if that’s the case, I’ll still be happy. I was worried about her weight.

A couple months ago, I took her to this old country vet and told him I thought she was too skinny. He said she looked all right. Like people, some goats are naturally more slender. I said, “But she’s too skinny! I’m worried about her! I love her!” He smacked me out of his office. Last week, I took Coco to see him. I said, “Do you remember me? I brought my goat to see you a couple months ago.” He said, “No.” I said, “YOU DON’T REMEMBER MY BEAUTIFUL GOAT?” 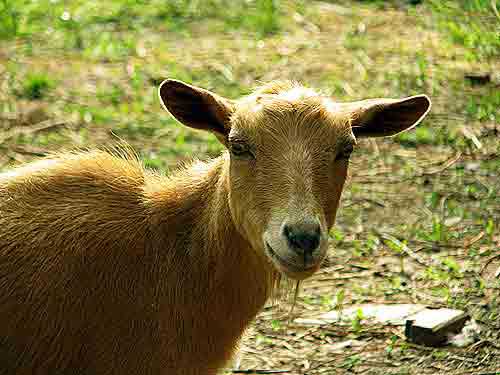 Clover: “Some people don’t even deserve to meet me.”