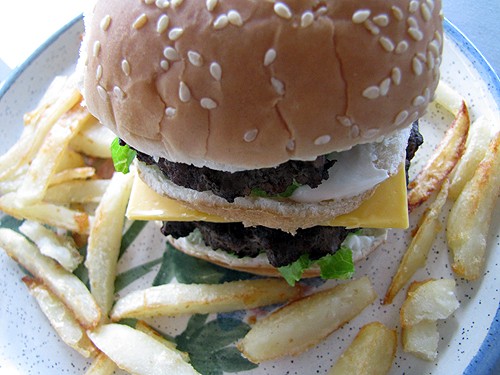 We all have our occasional indulgences. Since I’m known for cooking from scratch, sometimes I get asked what I do for an indulgence, if I’m not going to cook. I’ve been asked this question several different times when I’ve been interviewed. My answer is always the same.

I hardly ever pick up fast food, but when I do, it’s almost always a Big Mac. And apparently it’s one of the most popular burgers in the world, so I know I’m not alone. But the last time I picked one up, it occurred to me that aside from the indulgence of not cooking, it really–like just about anything else–could be made much tastier at home.

And it could even be made FAST. If you take the time you spend waiting in line at the drive-thru, plus driving back and forth, and then coming home to a cold Big Mac, you could make it in the same amount of time (or less) and have a hot one.

Now, I’m going to say upfront that this is not about making a totally from scratch Big Mac. This is a homestyle fast food Big Mac. Because generally, if I pick one up, it’s because I’m HUNGRY and BUSY. There’s a time to make the buns and everything else from scratch including shooting a deer in the woods and grinding your own meat for the patty. This is not that time. This is the time you want a tasty meal and you want it quick and you’re going to spare yourself the oddly bland flat little meat patties that you find on a Big Mac at the burger joint. We’re still indulging ourselves here, after all. So indulge in some store-bought sesame seed buns, even in some pre-shaped beef patties from the butcher.

“Real” Big Mac, the last time I bought one: 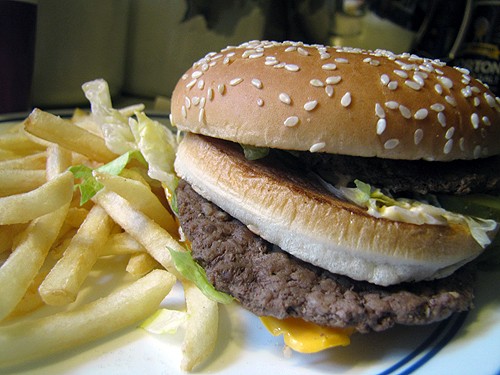 Inside the “real” Big Mac: 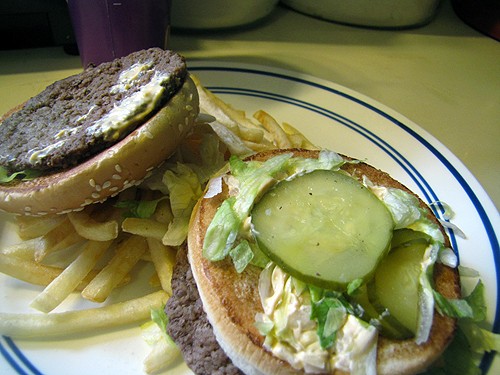 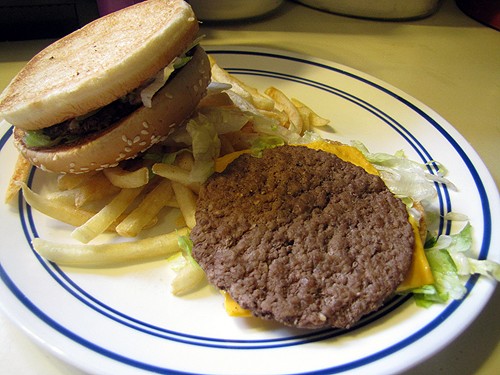 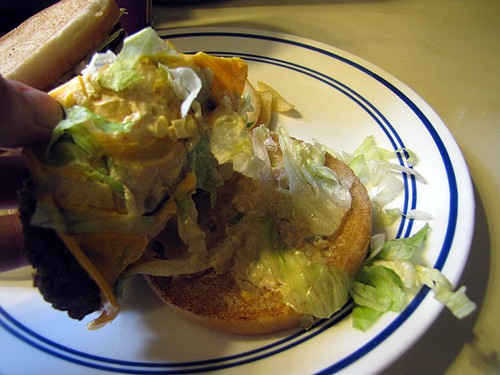 Inside the homemade Big Mac: 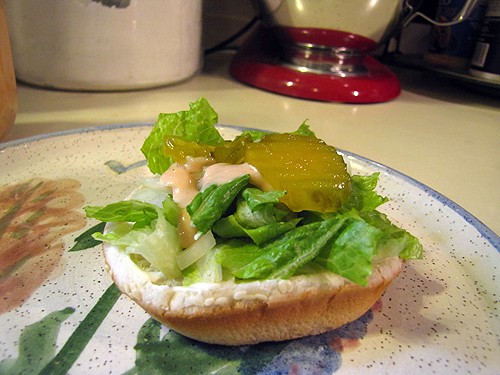 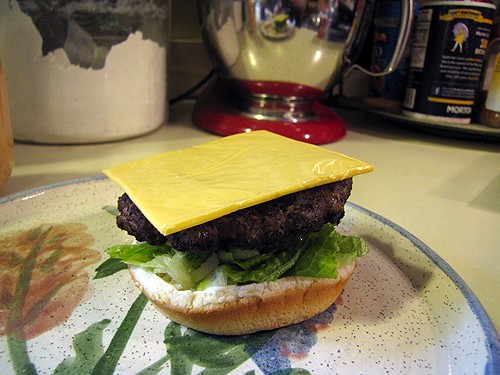 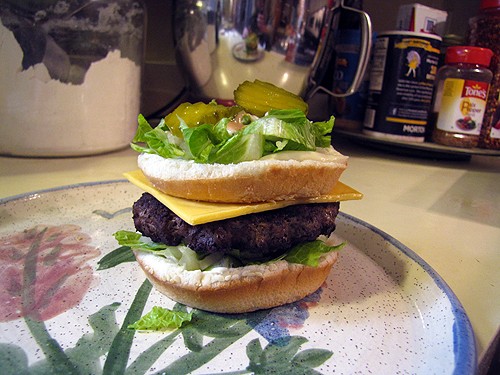 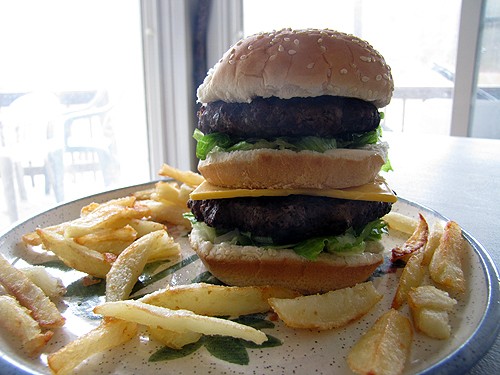 You might notice that my homestyle fast food Big Mac is quite a bit taller than a “real” Big Mac. I think the homemade Big Mac is much more worthy of the “Big” in Big Mac! I also don’t like dry buns so I put mayonnaise on them, where they leave them dry at the burger joint. I also placed my cheese on top of the bottom beef patty instead of under it. (I just think under is weird.) 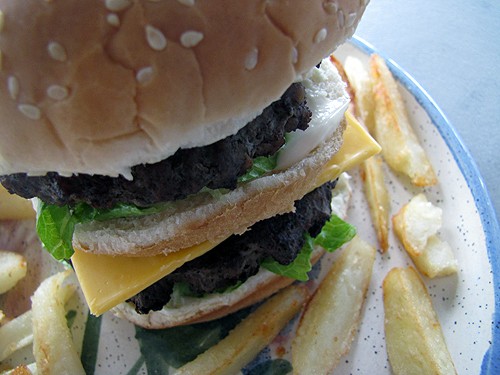 From now on, my favorite indulgence is going to be making a Big Mac at home…..with two all-beef patties, special sauce, lettuce, cheese, pickles, and onions, on a sesame seed bun!