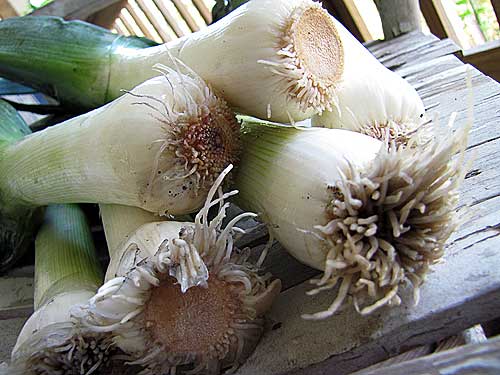 I picked up these leeks the other day at the store and I was stopped twice on the way out.

“Are those leeks? What do you do with leeks?”

Around here, the easiest way to explain leeks is to tell people they are similar to ramps–because around here, everyone knows what ramps are. Ramps are wild leeks, and they are all part of the same root vegetable family with onions, garlic, chives, and so on–the genus Allium. They each just have their own unique taste. The leeks you will find in the grocery store are much milder than wild leeks (ramps). 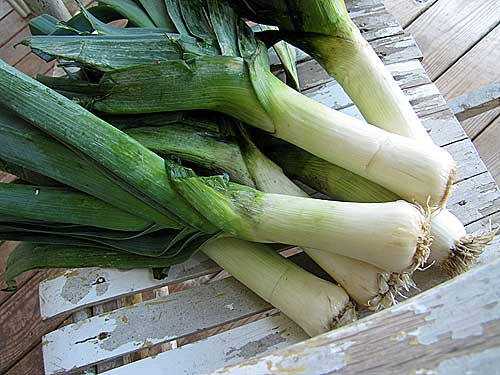 I’ve been planting ramps on our farm for the past three years, with quite a bit of success (see here), and it finally occurred to me that I could plant leeks, too–the same way I plant ramps. Just cut off the bottoms and stick ’em in the ground. How easy is that? (No messing with seeds!) Cut the bottoms off about an inch or so above the rooty ends. 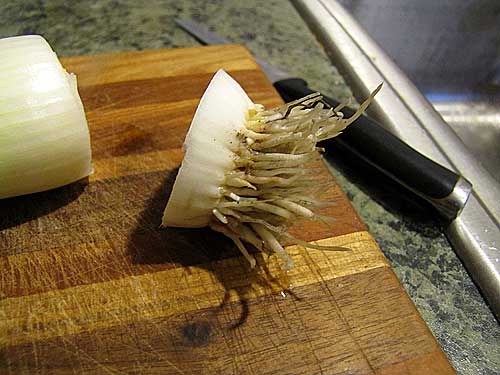 Dig a hole a few inches deep. Place the leek bottom in the ground rooty bits down. Cover with soil. Water them in then leave ’em alone.

Leeks, like ramps and other root vegetables, like to simmer underground in cold temperatures. I’ll plant them now, and watch them come up in the spring.

Leave them alone for a few years, and they’ll spread.

The white base is the most commonly used part, and as leeks grow, mound up the soil around the base to increase the proportion of white root versus green leaves in the final result. The leaves of the leek plant are edible, too, though, just as with ramps. The leaves are most often used in vegetable stocks, but you can slice them up and saute them, too.

To prepare leeks for cooking, rinse well then trim off the root end (save to plant!) and cut the leaves away. Slice up the white portion and the leaves, if using. (Discard any leaves that seem particularly tough.) You can use them in all the same ways you might use ramps, onions, garlic, chives, etc. to add flavor to a dish, or even create a dish around them as the centerpiece ingredient.

If you think onions, and especially ramps, are too strong for your tastes, you might love leeks–they are milder. Leeks are the little Alliums who went to Sunday School while the ramps and onions were getting drunk and rowdy at the bar. Try them! 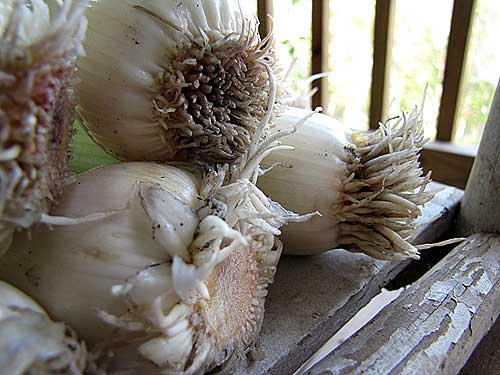 And don’t forget to cut off the bottoms and plant ’em!