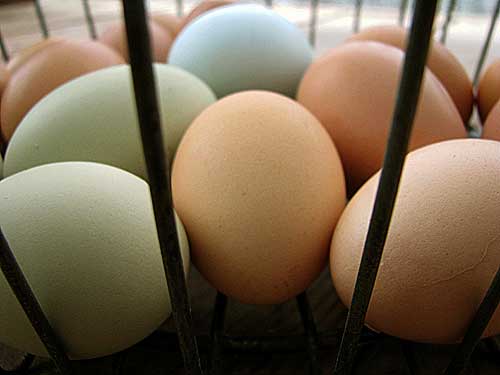 I had a conversation recently with someone whose new chickens had just started laying. They were about to throw out some eggs because they hadn’t had time to wash them after collecting them, and they hadn’t refrigerated them, either. I said, “They’re still okay. They have the bloom.”

They were mystified, and I had to explain, which made me think I ought to write a post about it for any new chicken keepers out there who haven’t heard of bloom. It’s not a flower.

According to Chickens in Your Back Yard: A Beginner’s Guide by Rick and Gail Luttman, “When an egg is laid it has a slimy wet covering called the bloom that has eased the egg’s passage through the oviduct.” In Living with Chickens by Jay Rossier, the author states, “You can’t see the bloom, but it is another deterrent to bacteria that would enter through the pores of the shell, and it helps keep moisture in.” In Storey’s Guide to Raising Chickens, it further notes that “When you wash an egg, the bloom dissolves, making the egg feel temporarily slippery.”

It’s always optimal to collect eggs daily, clean them, and refrigerate them as quickly as possible. The reason for that is because an egg kept at room temperature ages the same in one day that an egg in the refrigerator ages in one week. However, an egg left out doesn’t immediately go bad. If that were so, we would only know chickens from their skeletal remains at archaeological sites. A hen typically lays for a few weeks before setting a nest.

How do all the eggs stay fresh, at ambient temperature, until the hen goes broody and begins the incubation process?

From the first egg laid to the last, they start the incubation on the same day and hatch within hours of one another because the first egg was as fresh as the last, protected by Nature’s coating, when the hen was ready to sit.

The protection the bloom offers works as well for our purposes as it does for the hen. As long as eggs remain unwashed, with the bloom intact, they will stay fresh not just for days but even for weeks. I’m not advocating collecting eggs on a bi-monthly basis, but there’s certainly no need to panic if you don’t refrigerate every egg as quickly as you collect it, or don’t even collect every single day. Just remember that as soon as you do wash an egg, you’ve removed the bloom and it should be refrigerated immediately.

And take a tip from the chickens. 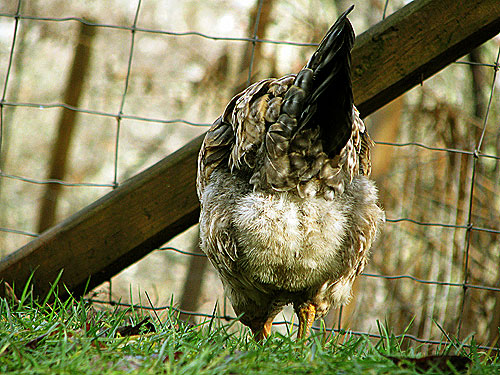