And it wasn’t easy.

Mister, moping after I separated him from his girlfriend. 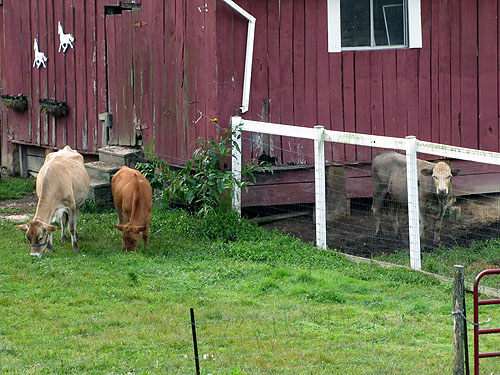 Then the running started. 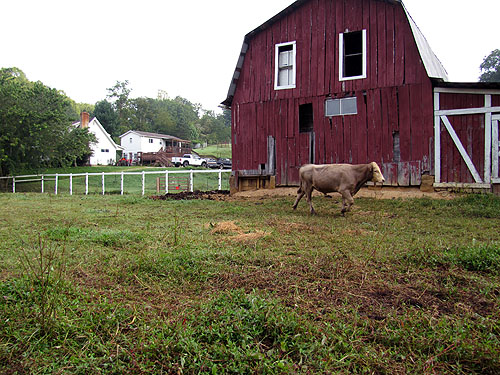 My neighbor about a mile up the road, who owns the bull, came up in his trailer on the access road behind the barn. The barn field is the smallest field I have. I don’t have a loading pen or chute. We could have put the bull in the alleyway, but to get the trailer up to the barn would have been a problem. Herding the bull from the back barn yard was also a problem. 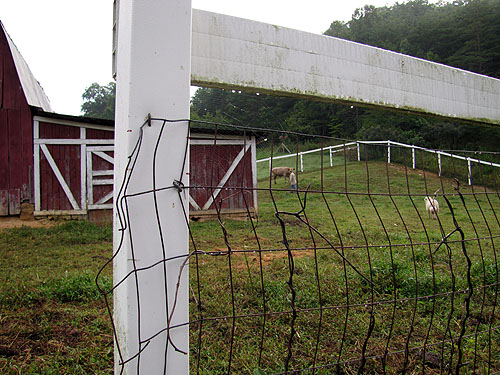 He ran here, there– 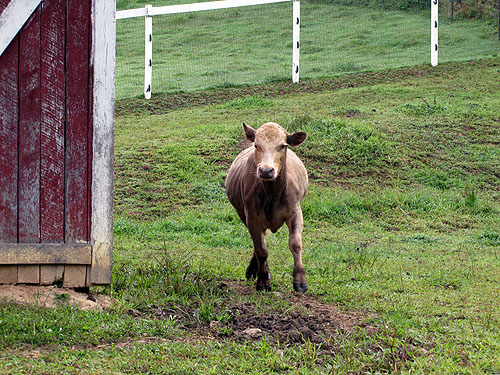 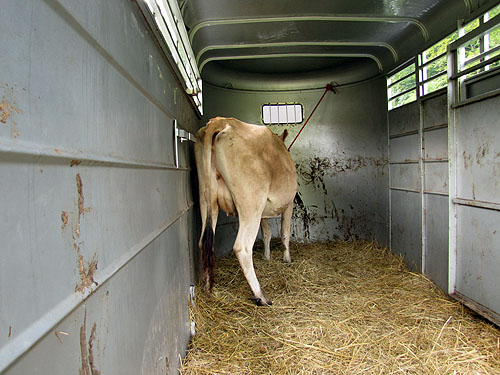 Eventually, Glory Bee made a reappearance as bait. 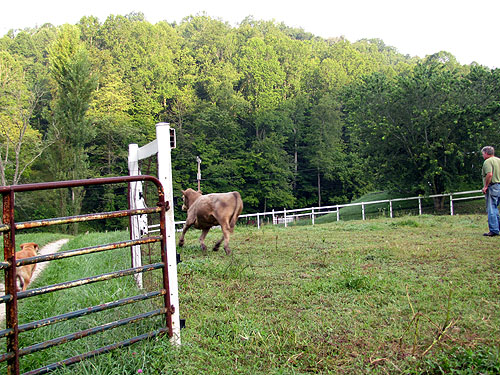 And it took a while, but eventually– 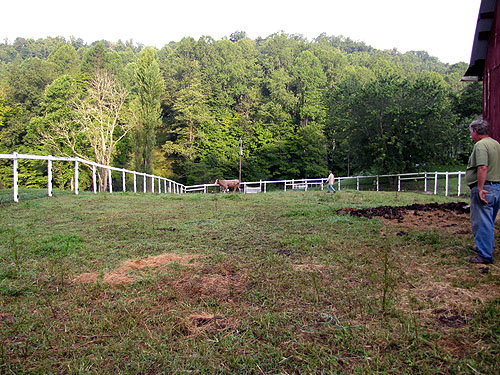 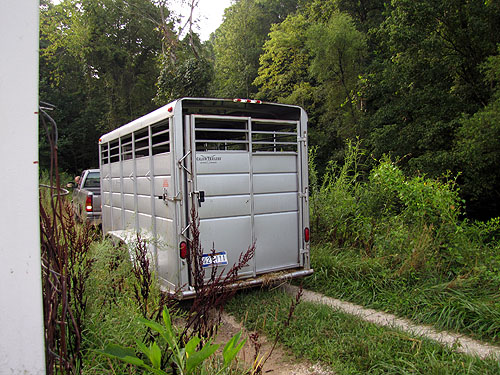 Glory Bee was brought out and the trailer door slammed on the Mister. 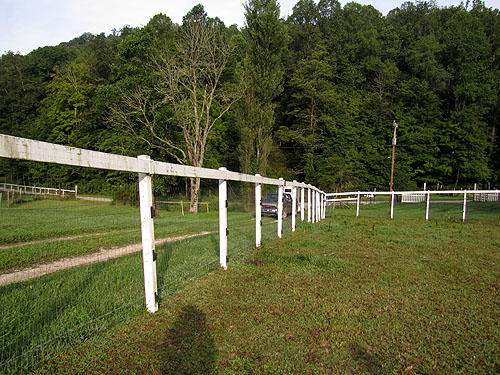 And they backed the trailer out the access road and took Mister home. This procedure took an hour, and involved the bull man, his helper, me, and Ross. And Casper–who learned that if you chase a bull, you might get kicked in the head. Casper had very little sense to begin with and now has none since his remaining sense was sent flying by Mister. (He is okay. I think/hope he learned something. But we doubt it.) 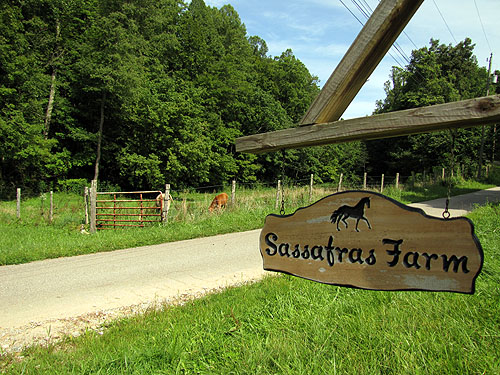 Meanwhile, Glory Bee and Dumplin took a stroll across the road to a field of untouched grass waiting for their dining pleasure. 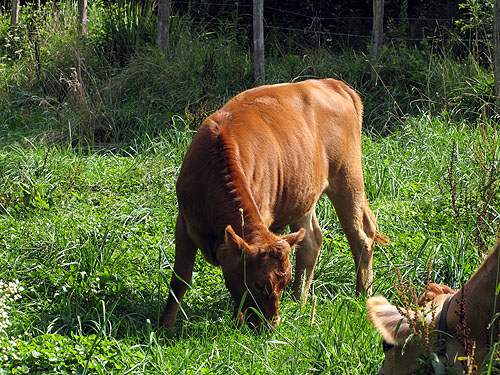 I haven’t had any animals in this field all year, so they’ve got some mowing to do. 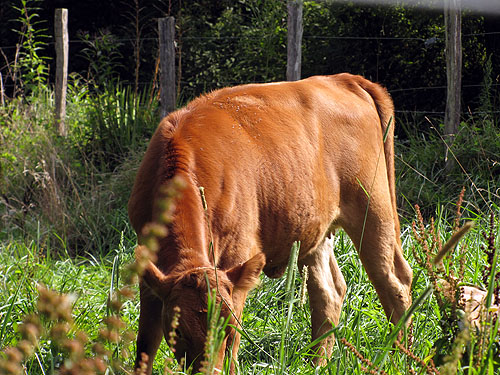 Mister shacked up with Glory Bee here for three months. He didn’t tear up any fences or hurt anybody (uh, except for Casper), and only escaped twice and was brought back fairly easily. And hopefully he did his job. If Glory Bee was bred, the earliest due date would be mid to late February and the latest would be mid to late May. Let the waiting begin!