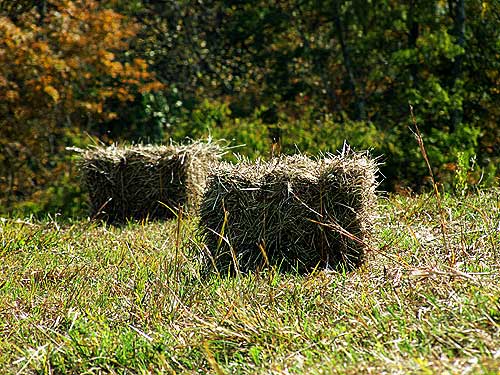 This is the time of year to get hay for winter. We haul it right out of the field. 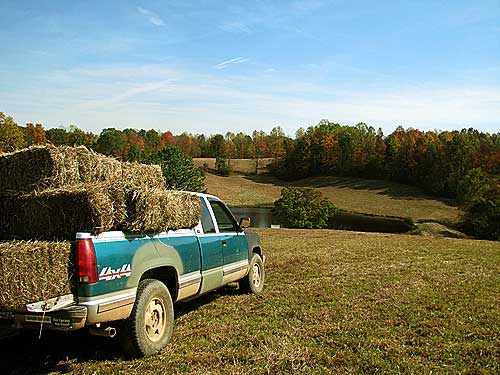 We have a regular hay guy we buy from every year. He cuts and bales on several large farms not far from where we live. This was one I hadn’t seen before. It’s a beautiful ridge-top farm with more open land than you see most places around here. Two big ponds. Leaves turning on the trees. Gorgeous fall day. 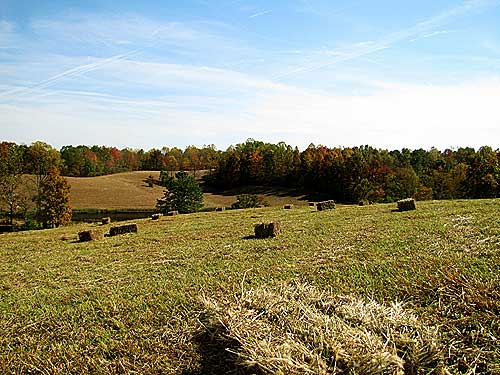 He said he wasn’t even baling most of what he cut there. 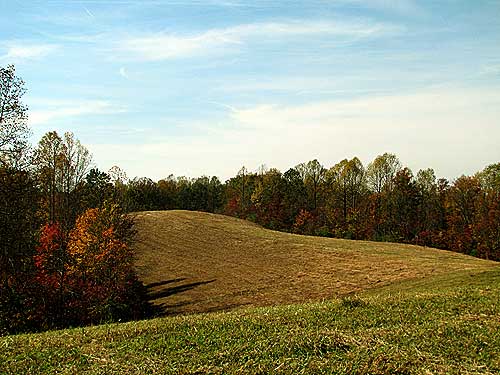 It’s just gonna lay in the field and rot. 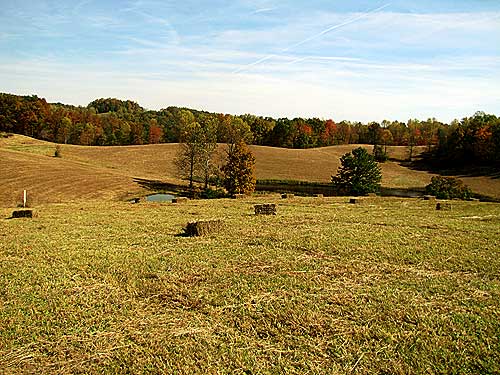 He can’t get people to come get it out of the field and he doesn’t want to haul any more back to his barn. 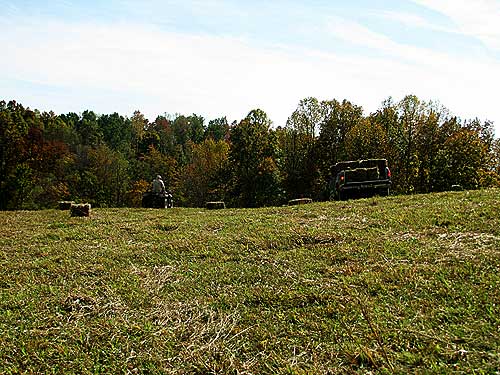 By the way, here’s a site in West Virginia only to be found on a cleared ridge–horizon and sky. 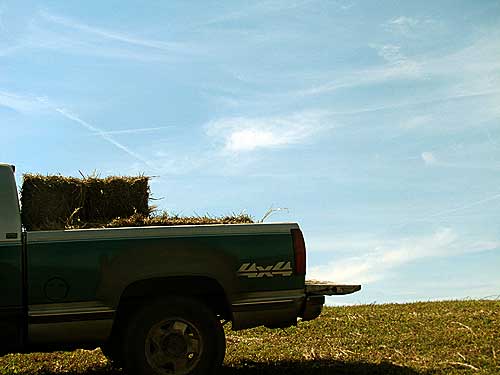 You don’t see that too often.

We’ve stocked up over 200 bales of hay, which we hope will get us through till March. Realistically, we’ll still need hay into April, but we can only store so much. We need a barn. A cow will take 100 bales alone to get through the winter. The goats don’t eat that much (yay for goats!), but we have to have enough for the sheep and donkeys, too, so I’m still feeling as if we are a little short and worrying about how/where we can store more because now is the time to get it.

We have stacks of hay in the meadow bottom, under wrap, for easy access for the sheep and bucks. 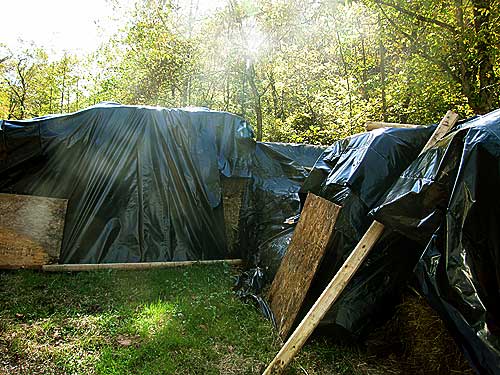 Up by the house, we have been stacking hay for the goats and donkeys (Jack and Poky will be wintering up here in the goat yard), but we need hay for Beulah Petunia up here, too. After some rearranging, space was made to store about 50 bales under the far side of the porch. The only way to get there is through the goat yard. 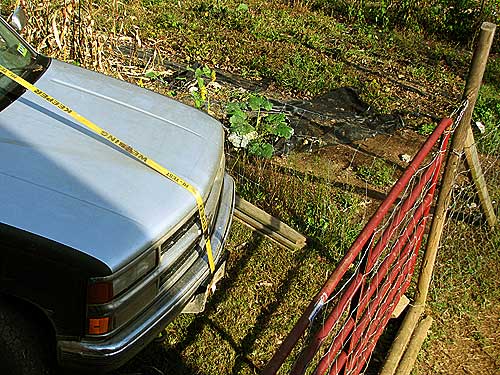 There are a few obstacles. 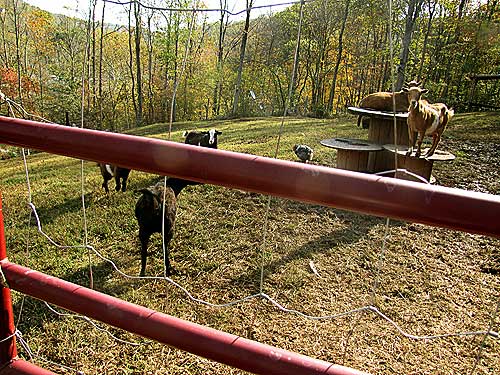 Armed with a bucket of cookies, I took the offense position while 52 hung back with the truck. YOU CAN’T HANDLE THE GOATS, I told him. Actually, I don’t like to drive the truck. Goats and donkeys are so cute. I love my goats and donkeys. 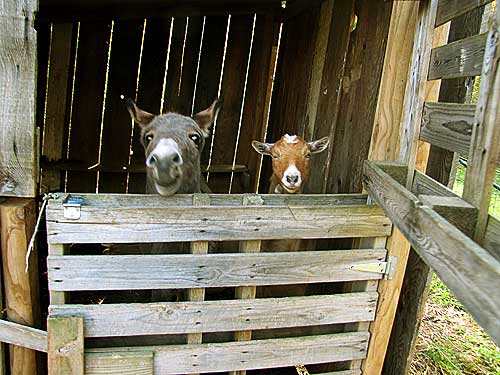 I paraded everyone into the goat house with my magic bucket of cookies except…. 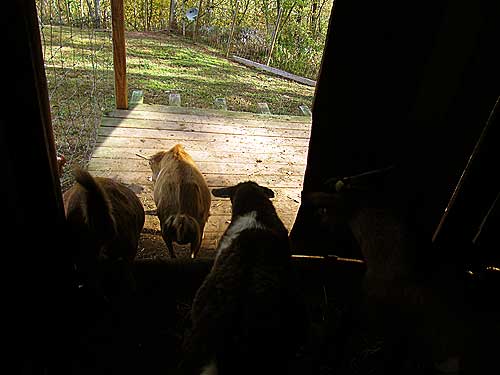 ….for Jack. Jack plods to no drummer but his own. He arrives at his destination in his own good time. He is Jack. He can’t be rushed. 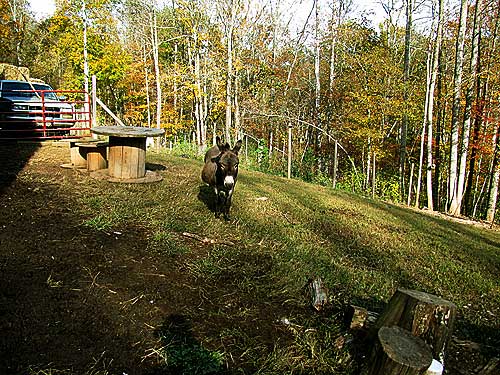 Only this didn’t work out so good for him this time because no way was I opening the goat house door. I’d be stampeded by 50 goats. Okay, not 50, but it would feel like it. I put Jack in the goat pen by himself. He nearly died of sadness. HE WAS SEPARATED FROM POKY. 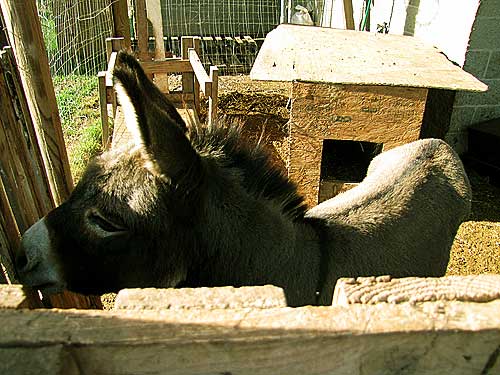 Then I looked around and there was a baby that had somehow escaped my parade into the goat house. I coaxed it with cookies. 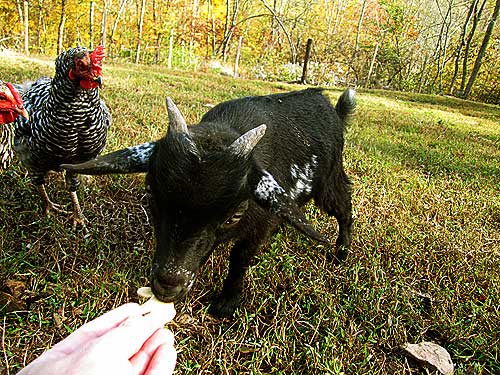 Eventually it ended up in the goat pen with Jack. Which didn’t make Jack feel any better. HE WAS SEPARATED FROM POKY. 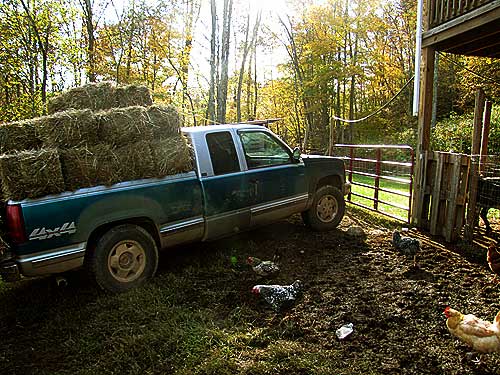 Jack’s ordeal lasted about 15 minutes while the truck went through the goat yard, unloaded on the other side, and went back. He was really glad to see Poky again. 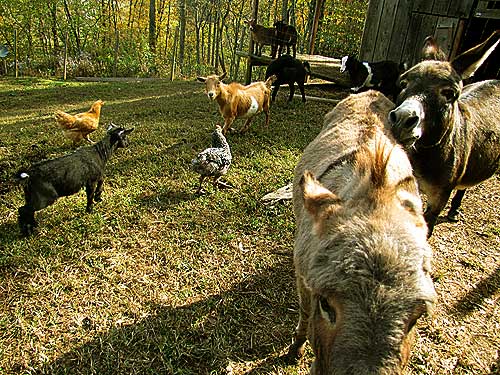 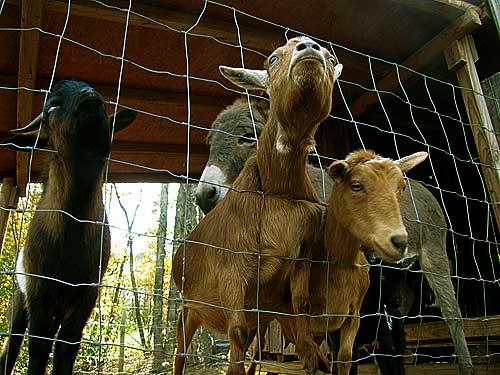 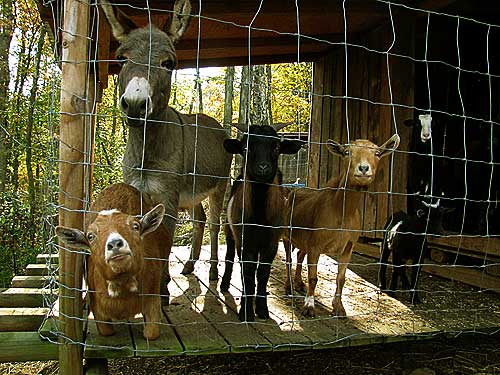 Yet another gratuitous photo of cute farm animals. 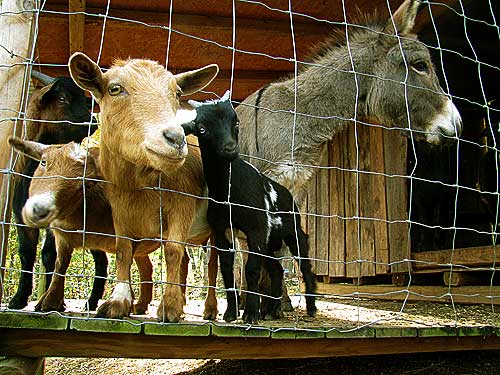 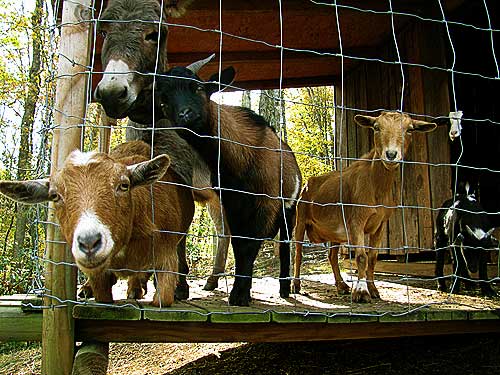 Sometimes it really is hard to get anything done around here.