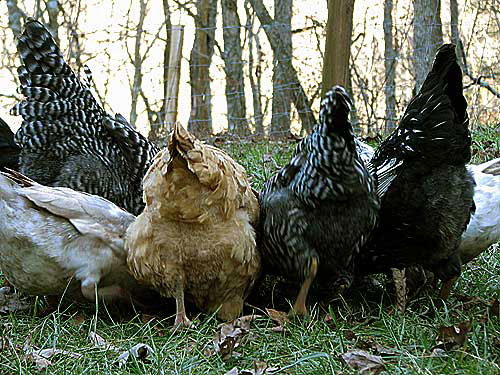 Way back when the show The View first started, one of the co-hosts was Debbie Matenopoulos. She was young and cute and slightly ditzy. For whatever reason, the other women on the show didn’t like Debbie. Rather than fire her right off the bat, they tried to kill her. I mean, okay, not directly.

They created a segment for the show called “Dare Debbie” and they made her do stuff like hang off telephone poles and jump out of airplanes, which all conveniently took place off-set so none of them had to be in the same room with her. And which all conveniently made poor Debbie very uncomfortable. Don’t make Barbara Walters mad, I’m tellin’ ya. Debbie was under contract, so she was pretty stuck. She forgot to check the fine print about hanging off telephone poles if they decided they didn’t like you. This all happened about ten years ago. I remember this because I felt so sorry for Debbie.

This post almost has nothing to do with Debbie except that I was thinking about her for some reason. (I still feel sorry for her. It’s not really necessary, though. She went on to work with TV Guide Channel, E! and VH1 so things didn’t turn out so terribly for her.)

Where is this going, Suzanne? You are not an entertainment reporter.

I have a list as long as my arm of things I want to learn how to do. Things that intrigue me, things that slightly freak me out, things I think I can’t do but want to try. I love to learn new things, to explore and experiment. The world of old-fashioned country living is limitless, filled with possibilities as large as your imagination. Once you step away from the packaged convenience products and soft securities of urbanization, there is so much adventure to be had! A couple of upcoming things on tap for me are making hard cheese with my new cheese press and making tallow (and eventually lard). I’ve learned to ford a river on a daily basis and milk a goat. I know the difference between straw and hay. (THAT IS A BIG DEAL, PEOPLE.) I can herd ducks and make goats wear jewelry. But there has to be more! There’s always more.

And the more exciting, the better.

I want to put more heads together than just mine. I want you to “Dare Debbie” me. Okay, PLEASE DO NOT TRY TO KILL ME. And try to stick with the general country living/old-fashioned theme.

What would you like to learn–and like to learn along with me–in my posts? Or what would you just like to see me learn simply for your entertainment, even if you don’t want to do it yourself? Send me on adventures. I dare you.

Give me your suggestions on this post, and I’ll see what I can arrange!