I’ve been off my painting mission for over a month now. No water makes cleanup difficult, so the plumbing issues took me off track at first then other issues tumbled in to take over. I’m going to post about my painting progress in part to challenge myself to get going on it again. I got almost the whole downstairs painted within about six weeks of moving in. The only room not painted downstairs is the bathroom/laundry room.

When last I lifted my roller, not in the mood to paint the bathroom at the time, I’d started heading up the stairs instead. I didn’t get very far. 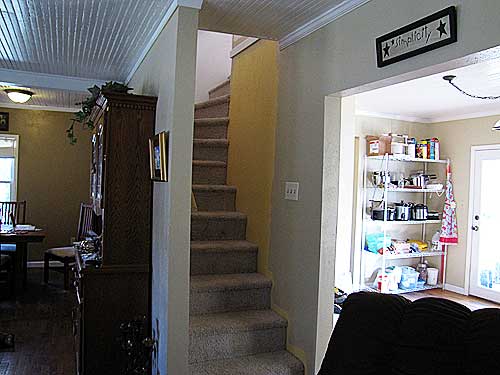 There’s a little story about the stairs that is odd/interesting. The stairs have made a few configuration changes over the years. A couple of years ago, when this farm was put up for sale, the stairs were open to the downstairs with a bannister. (The photos in this post showing the way the house was before come from old real estate listings of the farm, and the previous owner.) In this photo, you can just barely see the bannister to the left. You can also see what the downstairs looked like before the ceiling, fireplace, and trim was painted white. (Very dark!) 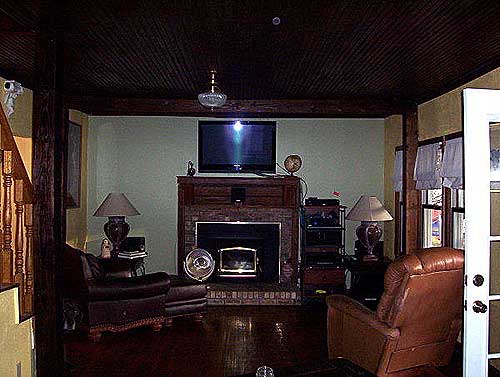 This large beam between the windows is not even here anymore. 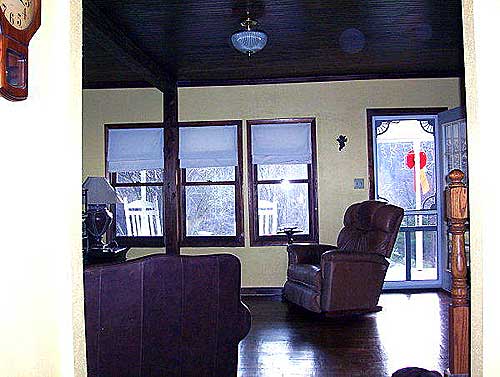 By the time I was looking at the house, it looked like this: 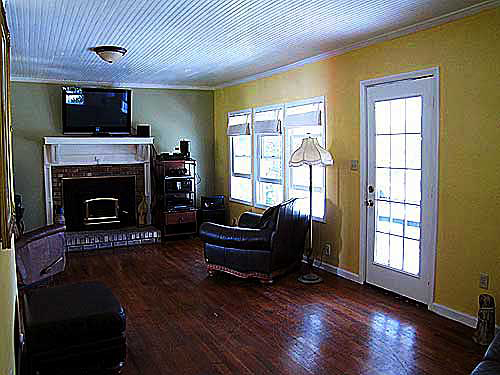 You can see here, in this not very good photo–but there’s Ross! (Hi, Ross!)–that the bannister was gone, and the stairs were walled in by then (and the ceilings, etc, were painted). 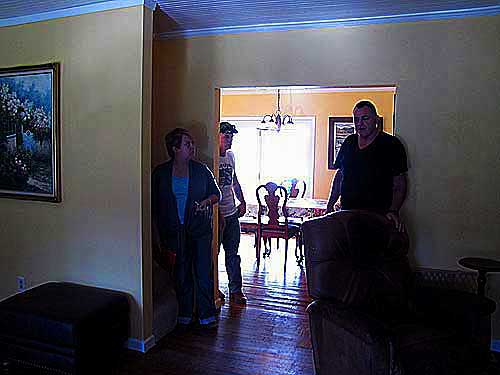 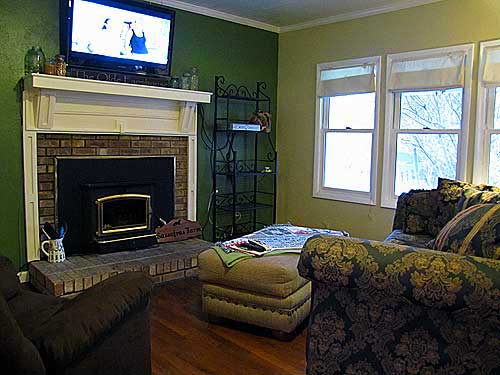 I wouldn’t have liked all that dark wood, so I’m glad they painted it, and I suspect it was a real estate suggestion to make the house more light and attractive. 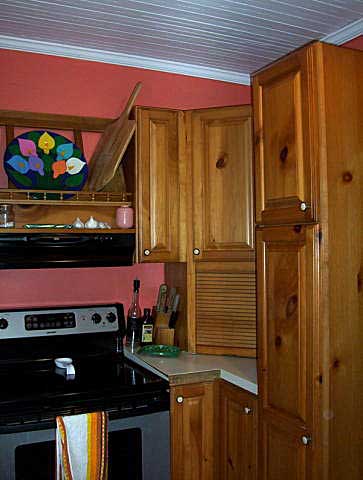 Back to the stairs. There is a reason the bannister was removed and the stairs walled in, which I’ll get to in a moment, but even this (with the open bannister) was not the original configuration of the stairs. The stairs currently run about two-thirds of the way up then make a turn. 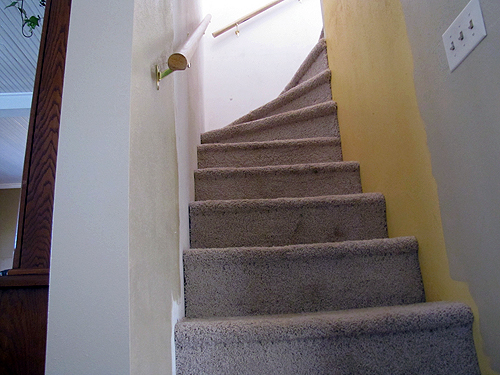 I have been told that originally the stairs ran straight up, but were positioned such that the foot of the stairs was opposite the front door, which would have jutted the stairs between the dining room and living room. I can see how that would have been an obstruction in the space. But even more oddly, the stairs ended at the top into a wall. As in, the last step ended directly in front of a wall. I’ve been told you had to sort of “hop” off the last stair either left or right, which was quite awkward.

The stairs were repositioned with a turn to allow the space for a landing at the top. The turn, by the way, is in itself awkward, but it’s better than no landing. 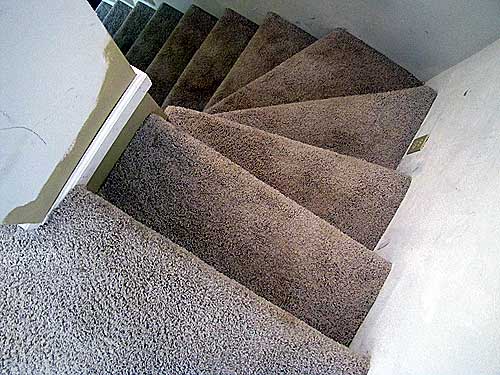 Later, the bannister was removed and the stairs were walled in, but this was done in a separate remodel to solve another oddity. What is now my bedroom had no wall at the time. That’s right, when you came up the stairs, it was sort of like a big loft. The wall was added to give the bedroom some privacy, which necessitated walling in the stairs below because that is a support wall for the new wall above. 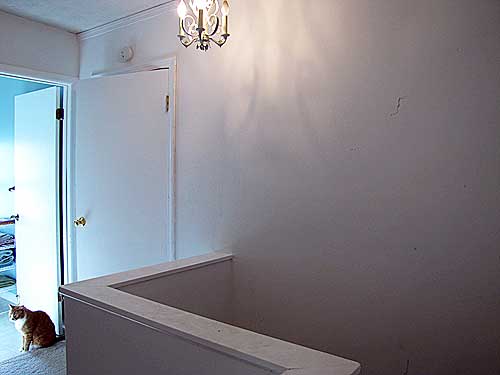 Sometimes I try to imagine having no wall separating my bedroom from the hall, but I just can’t. 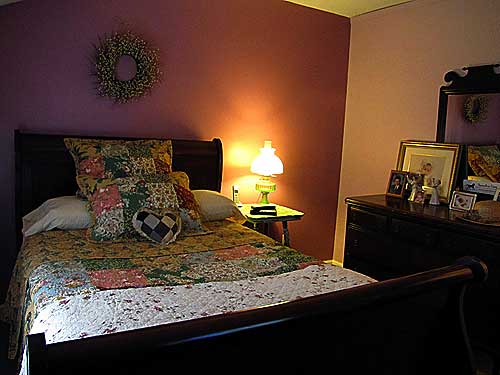 (You can see my “tour” of the upstairs in this post here, by the way. The upstairs hall and little office/guest room are cleaned up now! It was a little embarrassing looking back at my mess in that post. Just remember that was only a few weeks after moving in.)

The other two smaller bedrooms and the bathroom were closed in separately already, but I doubt they are part of the original configuration of the upstairs. You just know that whoever originally laid out the house didn’t have stairs ending face-first in a wall, so no telling how many different ways the upstairs has been cut up in the past. The known history of the stairs leaves some clues, but is itself incomplete, so it’s just one of the many mysteries of an old house.

I will leave my stamp on the house, too, and someday people will wonder why and how……

But it’s not really fair because I have a blog.